“PLACE” is a creative investigation project produced and curated by Vasava, in collaboration with 34 graphic studios around the world, to explore the influence of cultural and social norms on creativity, via the medium of graphic design. 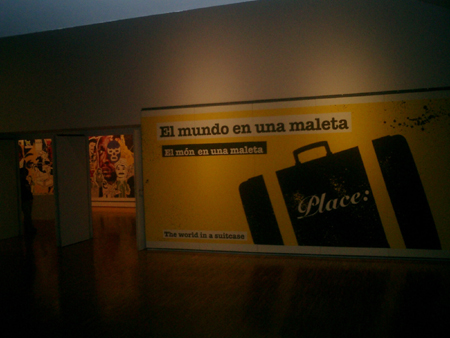 For 18 months a suitcase containing a blank (not for long) sketch-book, a DV camera and plain white t-shirts yearning to be customized, travelled 170 000 km around the globe from Copenhagen to Caracas, from Moscow to Montreal, from Durban to Dakar, from Malin to Medellin, from… ok, I’ll hold it there. Suffice to say, the Place ‘case left no corner of the earth untouched. 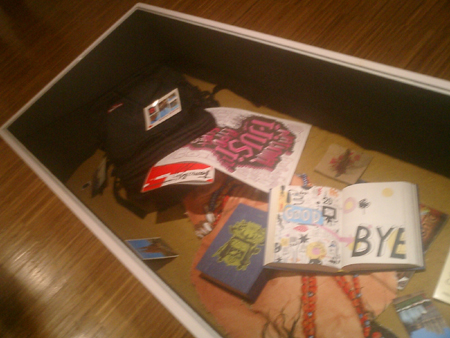 Landing on the doorsteps of Vasava-selected studios the world over, an overview of diverse visual languages was developing, each artist using only the tools provided in the suitcase to describe the world around him.
Over the months, the globe-trotting suitcase collected a series of objects and images which represented the personal interpretations of “Place” expressed by each participant. 35 sets of artworks, customized t-shirts, sketches, and films were then meticulously curated into a superbly-presented exhibition at Barcelona’s high-art hot-spot, the CCCB. 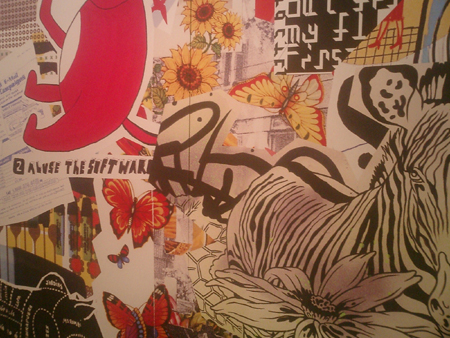 On entering the exhibition, visitors were faced with a wall covered entirely in selected images from the Place picture book, blown up, cut out and pasted together to form a giant collage showing some of the book’s highlights. 35 classically-framed graphic images defining each “Place” visited during the project, decorated the remaining wall-space. 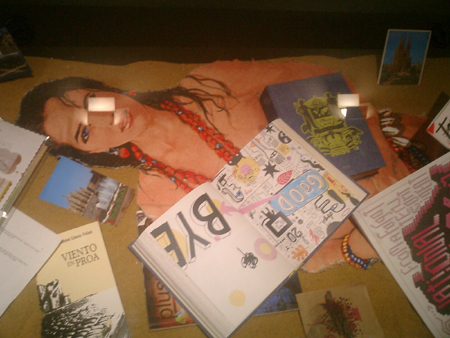 Not a pixel in sight, all participants had been asked to submit only analogue work. This brought a raw, simplistic element to the exhibition, a refreshing change from the digital dominance in graphic design today. The illustrations under-pinned the artistic value of graphic design showing the basic creativity designers possess, when stripped of their modern tools. 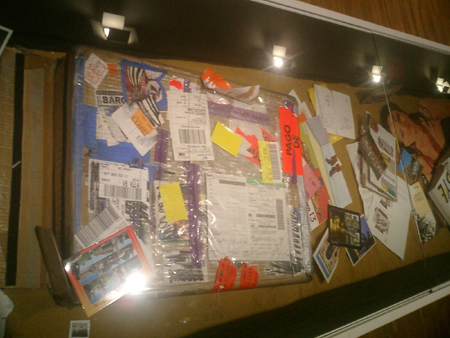 In the center of the room, an oblong glass case displayed cluttered souvenirs and tokens collected in the suitcase during its global adventure, as well as the suitcase itself tattered and travel-worn with it’s cardboard packaging as stickered and security-checked as a superstar’s drum-kit on world tour. 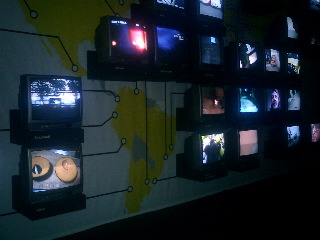 Passing into the next room, one wall contained a giant map of the world pointing to all the Place participants’ points of origin. The points, linked to 35 monitors, simultaneously ran looped films by each contributor, showing their personal depictions of the cities in which they live. 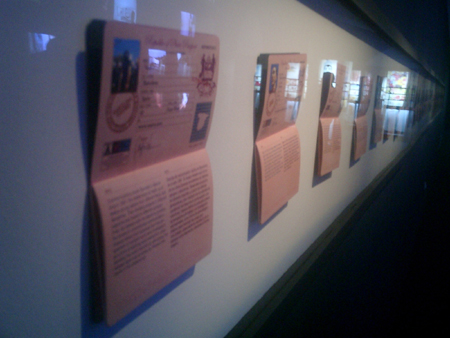 The facing wall held a long glass cabinet containing “Place passports” stating a name, hemisphere, and a portrait of each contributor, an element that really drove home the global dimension of the project, and gave the audience a fun personal reference to the artists. A dark room to the side served as a snoozing area for some, and for others as a chance to see the films on a larger screen complete with surround sound. 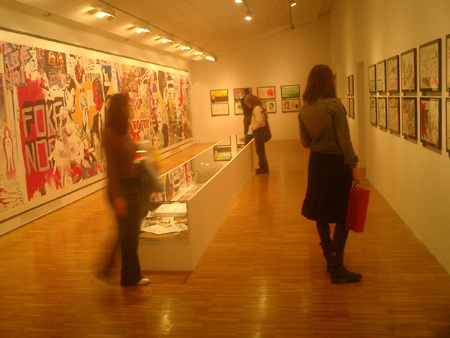 The last part of the exhibition was a visual rounding-off of the “Place” project. A series of lit-up tube cases, one dedicated to each contributor, displayed the customized t-shirts, and a selection of backlit illustrations from the book. The originality and strength of the artwork combined with the faultless presentation made for a complete and gratifying exhibition experience.

Surprisingly, the theme of “Place”was illustrated not so much through stylistic differences as through overt visual descriptions. Throughout the exhibition, a certain general style purveyed; a testament perhaps, to the power of global design currents in over-riding geographical differences, and of the virtual design world, regardless of physical “Place” as an inspiration.

An edition of two Place books (Actar, 2004) containing selected graphics and a collection of short stories about the cities visited during the project, is available to buy online at www.vasava.es/leisure.