IdN My Favourite Conference and Exhibition 2004 was held in Singapore, from May 13th to 15th. Dedicated to the ideal of melting of different design aspects to give rise to unique insights into creativity, the organisers invited the top professionals from the creative field to share what it is they love about what they do and what inspires them to carry on doing it. 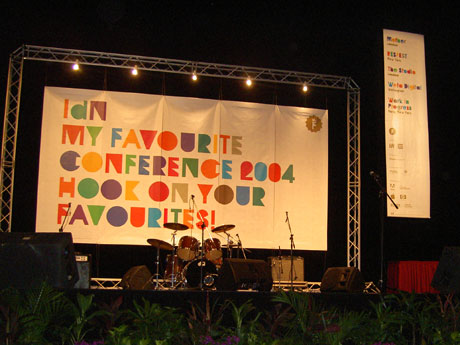 Arriving at the conference, what first caught my eye was a conveyor belt in the exhibition hall. This was the 20/20 exhibition presented by DesignSingapore and curated by Jackson Tan of Brazen Design. Jackson is also a partner of Phunkstudio that has been churning out some interesting work in the design scene. 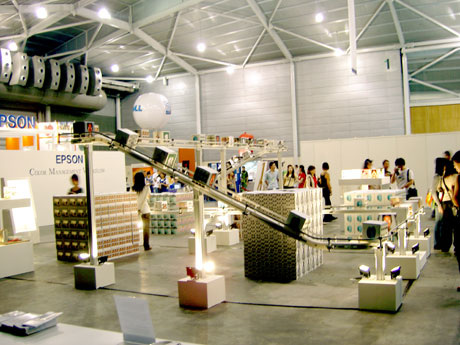 On the conveyor belt were boxes measuring 20 by 20 cm. On these boxes were images of work from 20 professionals in the Singapore creative scene, those featured include Theseus Chan from WORK advertising, photographer Leslie Keeand Patrick Chia of Squeeze design. Hearing the announcement by the emcee, I moved on to the conference hall.

With such a wonderful gathering of speakers, it is no wonder that the conference received more than 2000 participants, many of whom travelled all the way to Singapore from as far as Australia, Japan and USA to hear them speak. 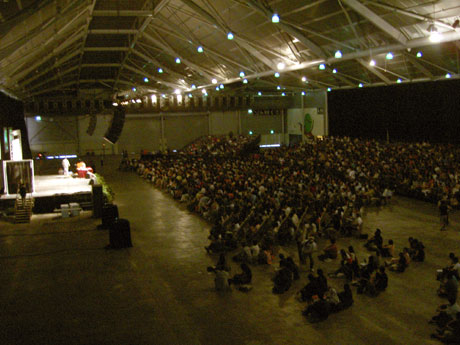 Despite the varying fields of the speakers, one common trait seems to lie across their expertise, that is, they are “image-makers”. Image here refers not to mere visual representation but to the personal facade that one presents to the world. Some affect the image of brands, others affect individual image. 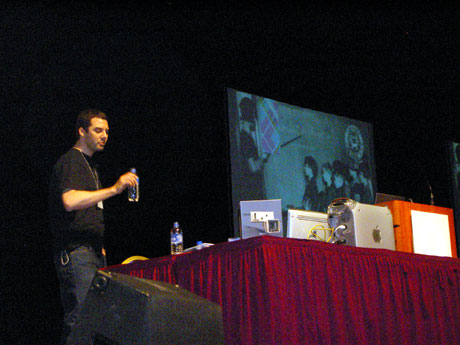 The first speaker of the conference was Andy Bellass, Strategist of Mother. Telling the audience what inspired Mother the most, Andy shared that Mother was governed by the “Holy Trinity”

More importantly, Andy said that the role of the creative was to solve problems, and I could not agree more. Often the importance was not necessarily in the design brief, but in firstly identifying the problem. He cited how writing in outer space was resolved differently by the USA and the USSR. In the 60s, space travel hit a snag as pens could not write in space. The Americans spent millions developing the space pen, whereas the Russians, by looking at the problem from another angle, simply opted for the solution that cost next to nothing. They decided to write in space using the pencil.

Impressive work was also shown by the ladies from Bless. Ines and Desiree, who met in Paris, work from Berlin and Paris respectively. Despite being based in different cities, their design work, straddling the fine line with art, really provides fresh insights of viewing how things could be in the world. 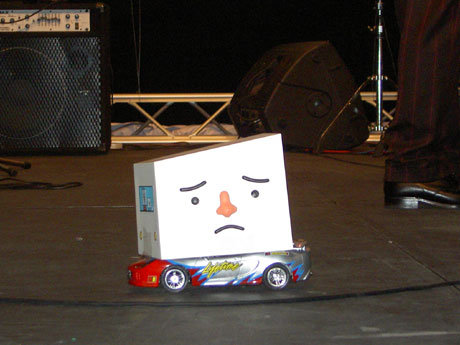 Through their theatrical rendition, the creators of Tofu Oyako, Devil Robots, presented some of their recent work. My personal favourite was their Condome and Tofu Oyako mobile. The “sexy staff” of Devil Robots finished their performance stating their main objective in the design of icon graphics and characters – they go further than words, with no borders, they are able communicate to people around the world. 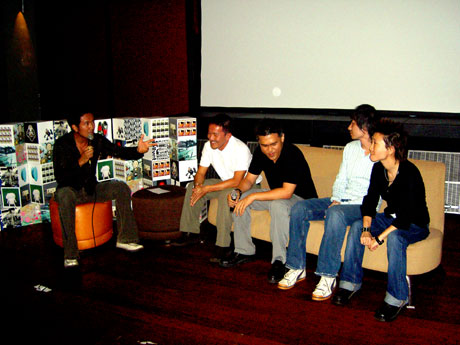 At the end of the first day, DesignSingapore hosted an opening party for the conference and the exhibition at Rouge. With the mingling of designers, crossing of borders, etc, 4 designers showcased in the 20/20 exhibition were interviewed “live” by Singapore celebrity, Adrian Pang.