It’s a media world and more and more we are dominated by the soundbyte-sized, flash-animated, scrollable and channel-surfing kind of information distribution. Nothing against it but it is nice to know that there are people like Roman Alonso, Lisa Eisner and Lorraine Wild out there who still care about a nice printed book. The publishers of the small publishing powerhouse Greybull Press still release nice photo books with amazing substance and even more style. Since its initiation in 1999, Greybull has achieved cult status among the fashion and style arbiter of this world. Not that they would make a lot of cash with it, mind you. Of every book they release, they are happy to sell between 3000 and 5000 copies. “Around half of the buyers we know personally” explains co-publisher Roman Alonso half-jokingly in his Hollywood Hills Pad. To keep overhead low, the company doesn’t have a corporate office, they all work from home and share many of the company duties. 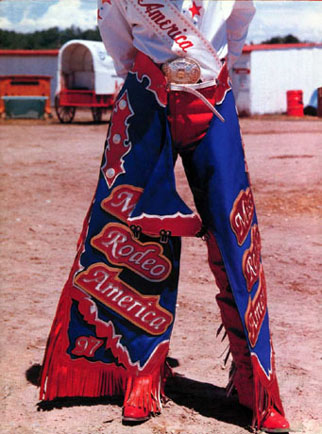 Looking at their books, you would hardly conclude that they are conceived in Lalaland – rather thought up in the creative neverworld of a bohemian New York neighborhood. Indeed both Eisner and Alonso used to work in NYC – where they both worked for fashion designer Isaac Mizrahi at some point. After Mizrahi had to fold his fashion label Eisner (who is mainly known for her photography) convinced Alonso to move out to L.A. “Los Angeles is this fantastic blank canvas and has traditionally been a place for all kinds of people to reinvent themselves so I think here is a great treasure box full of stories and images waiting to be discovered or resurfaced” explains Alonso who also adds that he thinks New York has become less and less important as a measure of cultural zeitgeist.

The style of the Greybull trio is more of archeological diggers than professional publishers. “We don’t know anyone in the publishing business” explains Alonso their outsider status with a shrug. “And we should be thankful for that because a sane and budget conscious publisher would never put out books about the black panther movement, great fashion moment portraits of their friends, old paparazzo pictures or the art of comic illustrator genius R.Crumb.” Alonso explains: “We don’t think about the commercial aspect of our releases, never. We should do it much more but it is just something that isn’t high on our priority list when we start a project.” To cover their bases, Eisner and Alonso, with their background in P.R., fashion and photography, teamed up with Lorraine Wild who was already a well recognized designer of art books in Los Angeles. With the first Greybull release, a book of photographs about American Rodeo Girls by Lisa Eisner, the trio made a big splash on the art book scene and was with it at the helm of the current cowboy trend in fashion.

Madonna got the book and picked up the Western-theme for her subsequent music video – the rest is history as they say. With Greybull fans like Madonna, Tom Ford or Sofia Coppola one imagines the celeb endorsement would reflect itself in huge sales but it doesn’t so far. Most of the books sell in New York, L.A., Paris and maybe a hundred or so in Japan. The good thing for all the collectors out there is of course the small releases and the fact that there is usually only one edition of each book. With ten books on the market Greybull is a small player in the big publishing world but rather than choosing substance over style or style over substance they combine substance eith style. The result is one of the most interesting, creative and thought-provoking image providers out there.