I kind of started the day on an off note. Despite fair warning, daylight savings caught me unaware, and an hour late for the second day of the festival. Gladly, I only missed the introduction to the festival. 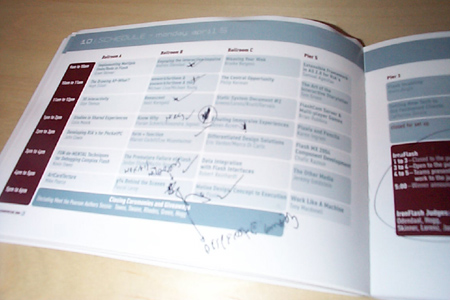 Once inside, I was a little overwhelmed by choice. There were presentations each hour, and for every hour there were eight presentations to choose from. The thought that I was going to see only a fraction of the presentations was Initially depressing. My depression lifted after examining the schedule a little closer. It was well organized, placing each presentation in one of the following categories; Tech, Creative, Business, Panels, Ask the Pro’s. Since I’m a designer, and don’t dwell on ActionScript more than I need to, the creative category drew my attention throughout the festival. I won’t go through all of the presentations I saw, that would take a while. I’ll stick to the highlights. 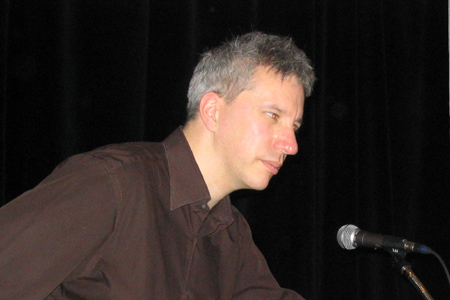 Brendan Dawes had an excellent presentation last year, and followed it up with another good one this year. His “interactive snow globe“was a head scratcher. Very interesting, and quite experimental. 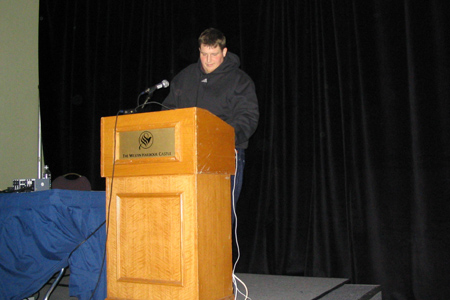 Experimental is the name of the game for Erik Natzke. His presentation had a good mix of beautiful experiments complimented with corporate work that stemmed from the experimental. Unfortunately more than half of his presentation was the same as last year’s. A little disappointing, but the new work shown was impressive. 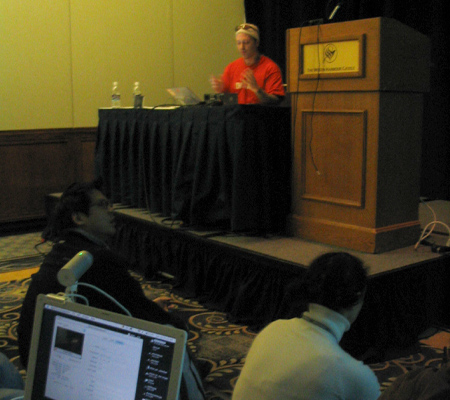 Day two ended on a high note, with Josha Davis presenting some past work, as well as some new, and yet to be released work. I’ve seen Josh speak on three different occasions, and each one was different from the next, this presentation was no exception. Unsurprisingly, his charismatic speaking style packed the room to capacity. One of the pieces presented was the site created by his alias Maruto.

Once upon a forest, which is a showcase for images randomly generated by various Flash engines developed by Josh Davis. He went though each of the thirteen images, detailing the process (both creative and technical) required to create each piece. This was the focus for a lot of the presentation.

In general, day two was a success, with most of the presentations being well though out, and excellently delivered.