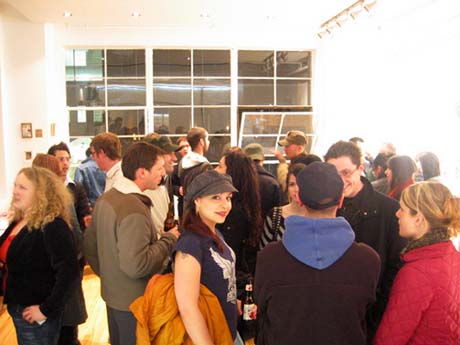 On April 14, ArtLab, a small art gallery and shop held it’s first art show/opening party, titled the Vinyl Show. The show featured eight artist/designers, each were given one classic 12″ vinyl record cover to work on. 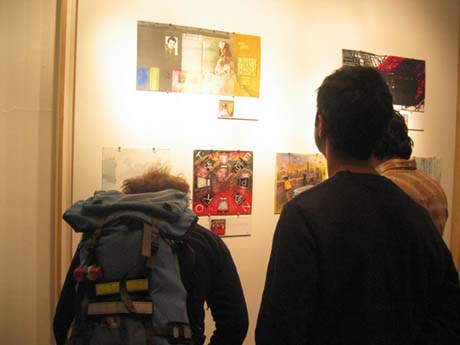 ArtLab is a new gallery/shop created by Amoeba Corp., a design firm located in downtown Toronto. The gallery/shop is a physical space where the creative people at Amoeba Corp. and selected contributors will have a venue to showcase their various works. Mikey Richardson, one of the curators for ArtLab describes the type of work to appear in the gallery. “Unlike other conventional galleries, items that will be sold and displayed may include non-traditional works of art and design (both new and old) from the disciplines of illustration, painting, graphic design, photography, sculpture, product design, music, writing and any other form of creative expression that relates to art and design culture.”, “Whether the pieces are in the form of a poster, pillow or even a found object, the intent of ArtLab is to inspire, educate and push the boundaries of art and design culture.”. 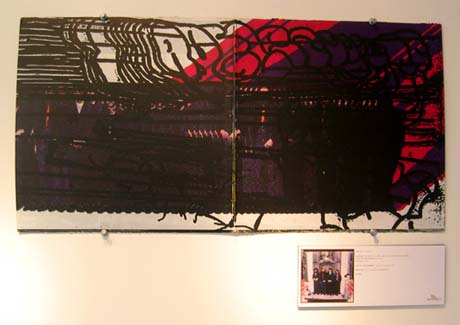 All of the Album covers were well done and visually striking, with three of the pieces sticking out as exceptional. Bill Douglas created a conceptually and visually strong piece involving round chrome stickers. The piece created by Serigraphie Populaire was an interesting abstract piece with large areas of overlapping colours created by silk screen printing. The piece created by Elevator wins the gold in the unique category, with a four part coffee table that housed four visually remixed album covers. 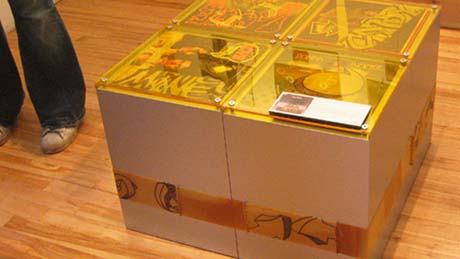 Aside from the Vinyl show aspect of the gallery opening, the ArtLab space was filled with original art pieces by Kilar, Neil Collyer and Mikey Richardson, as well as ArtLab T-shirts, various books, kinetic sculptures by Morgan Cummins, found objects, and a few items from Derrick Hodgson. 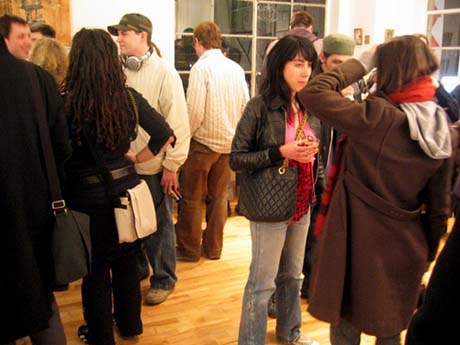 With artist submissions cutting it close, the entire Amoeba Corp. crew was tacking art to the wall minutes before the opening. When everything was ready to go, there were five minutes to spare, leaving just enough time to get a beer.

Things got off to a relatively slow start, with virtually no visitors until 7:30PM. It wasn’t looking too good until around 8:30 when a capacity crowd appeared, and remained until closing (some time around 1AM). Mikey Apples was on the turn tables, spinning an excellent selection of the right kind of schmooze friendly music.

In general the whole evening was a wild success.