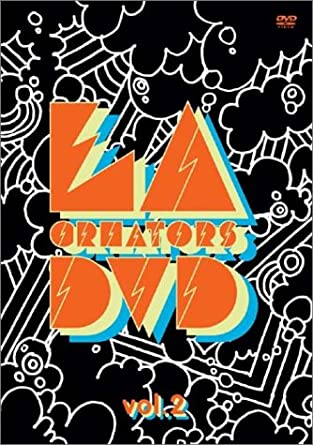 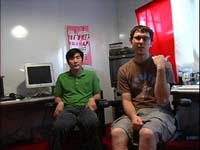 Roman Coppola & AV Club
He is well known as Sofia Coppola’s elder brother and Francis Ford Coppola’s son. He created many music videos and commercials for acts such as Daft Punk, Fatboy Slim, Phantom Planet, etc. In 2002, he directed his first Feature film “CQ” scripted by himself. Moreover, the new unit AV Club, Johannes Gamble and Bucky Fukumoto, who have supported Roman was introduced.

Mike Mills
Mike Mills is popular in Japan with regard to his graphics for X-Girl, Sonic Youth and Air and with TV commercials for Gap and Nike. He deals with many short films and music videos, and recently, made a video for Yoko Ono. Moreover, he is now on his first long movie “Thumbsucker”. A long interview at his home is also included.

Champion Graphics
The production of Geoff McFetridge who belongs to the Directors Bureau is Champion Graphics. Milk Fed, X-Large, Stussy, Burton Snowboards, Sofia Coppola, Spike Jonze and Marc Jacobs are names of some of the celebrities he worked with. Geoff introduces his office and works.

Commonwealth Stacks
Michael Leon from Commonwealth Stacks whose office is located next to Champion Graphics works for his own brand “Stacks” and also deals with the design for the skateboard company Rasa Libre in San Francisco. Moreover, he is also a musician and released “Eagle Rock” from P-Vine Records. 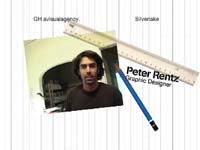 GH avisualagency (LA office)
This five designer group has offices in NY and LA and work in various fields such as print, video, interactive multimedia, and web design. They deal with TV commercials, for companies such as Adidas and Coke and have recently done many CD sleeves such as for Prefuse73. They participated in the Panasonic CQ project in Japan last year. 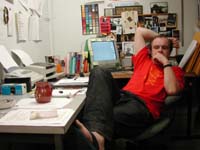 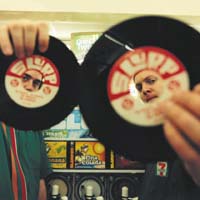 B+/ Soap Design
A photographer, B Plus is known for photographs of musicians such as DJ Shadow and Jurassic 5, etc. A documentary film “Keep in Time” is superintended by him, while he’s managing work with Eminem, Snoop Doggy Dogg, Lauryn Hill, etc. Moreover, he works on many many album covers, for acts such as Jurassic 5 and Money Mark, with Keith Tamashiro of Soap Design.

Giant Robot/ Kozyndan
Giant Robot is a culture magazine & gallery published by Japanese-American Eric Nakamura. Every issue features various interesting artists and shops that sell Japanese artist’s goods. An illustrator Kozyndan who is a good friend of Giant Robot is known for detailed and witty illustrations he has done for the CD sleeves of Weezer and The Postal Service. 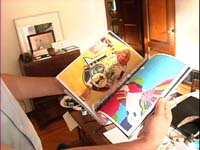 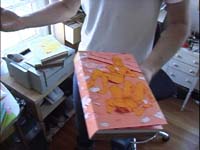 Jordan Crane/ Kramers Ergot Four
Jordan Crane is gaining in popularity in the US comic scene. He deals with animation works for the Cartoon Network while he keeps making and publishing his comic independently. Moreover, “Kramers Ergot Four” which packed the work of up-and-coming cartoonist or illustrator into one book is introduced.