Every one of you should have different kind of check-point game before, but have you ever tried one with Lomo?

Lomographic Society Asia organized the first Lomo race in Hong Kong – Hong Kong Lomo Race 2004. Lomo lovers were invited to join this 1-day competition to show their weird and unusual point of view in response to particular topics with Lomo. 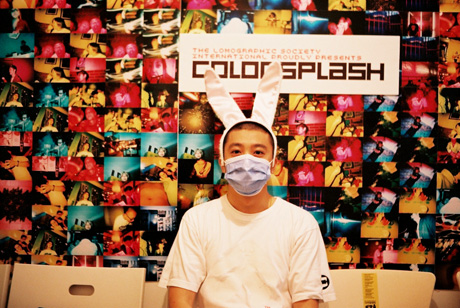 Before the race started, each of the participants would first receive a “survival pack” for the race. The package included a map of the gaming area and the special check points, a 36-exposure film, a ticket to Lomo Party after the race, assigned competition number, customised HK Lomo Race sticker and at last, the most importantly, the mini-version of the Lomo Race poster, which listed 60 different topics and the participants finally had to complete the poster with their 60 Lomos at the party. Don’t worry… you would not be alone to work these 60 Lomos out. Teams of 4 Lomographers were formed randomly and they worked as a group throughout the race. 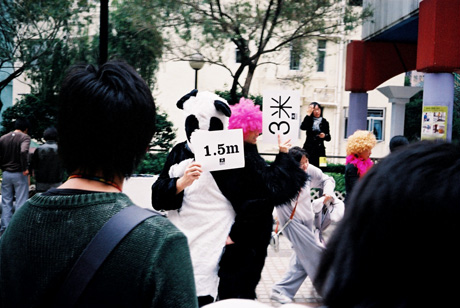 OK… everything’s clear. Are you ready? You just had 3 hours and surprises were waiting for you all the way.

Besides striving for every different things and unique angles, every participant had to find out a special spot to play 4 special games with the Lomostars there! The 4 special games were: Kung-Lomo-Fu, a kind of “fighting” game with your Lomo; MichelangLomo was the Lomo-sculpture; Lomo Circus was about Lomo flying balls; Lomo=mc2 was a Lomo-distance guessing game. But a good Lomographer is not necessary a good geographer! Compared with the above games, to find out this special spot might be much more challenging for Lomo lovers in the race. 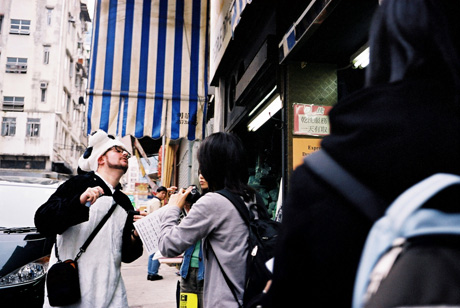 Within the gaming area, when participants were hanging around to capture any special moment, they might be “scared” by some special Lomographers on the streets! They were wearing attractive mascots of chick, panda and so forth! Just wonder the neighbourhood of the area would be happy with these special temporary neighbour or not?! 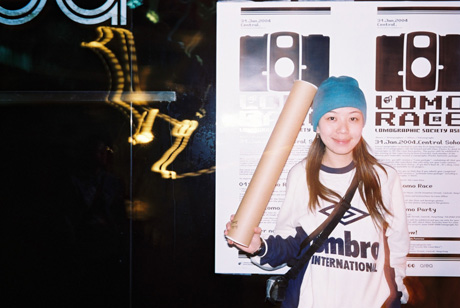 3 hours passed quickly and the race came to the end. After the films were developed, it came to the final stage of the race. All the participants gathered again at the party venue and selected 60 Lomos to complete the Lomo Race Poster. All the completed posters were then exhibited during the Lomo Party for all the guest to vote for their favourite one.

3 winning teams: Gold, Silver and Bronze were finally resulted. For all the participants in the HK Lomo Race 2004, the prizes are not really a matter, but the enjoyment throughout the race and sharing with Lomo!