About 30 years ago, “Bikkuri House”, a legendary sub-culture magazine appeared in Shibuya, Tokyo. (“Bikkuri” means “Surprise” in English) Nowadays, young people might not even know its name which ceased to exist twenty years ago. To tell the truth, I don’t know it well. But now, “Bikkuri House” has been revived as the “Bikkuri House Festival” with a mission to hand down Bikkuri House’s passionate messages to today’s generation (who doesn’t know “Bikkuri House”) about creating a new cultural movement. 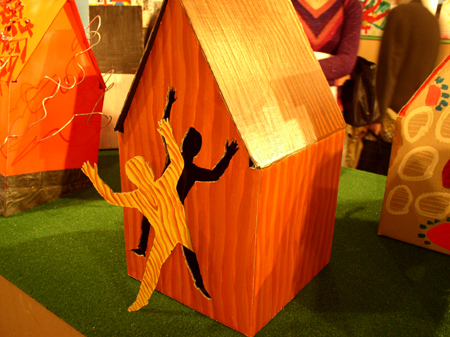 This festival is developed in several ways. The main event is an on-going “Bikkuri House Housing Exhibition Hall” at Parco Museum. (Parco was a publisher of this magazine) Also, a dreamlike “Bikkuri House Vol. 131” will be published (it ceased at Vol. 130) and “Bikkuri House Big Party” will be held at Club Quattro. 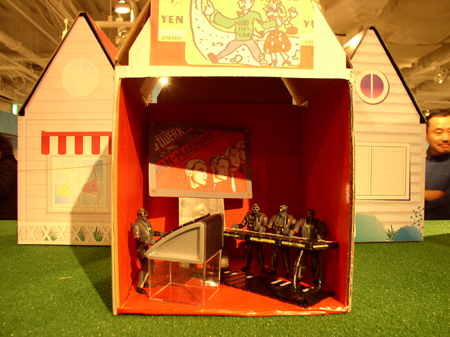 The back numbers of “Bikkuri House” are exhibited as a cover gallery and the 20 copies of them can be read at a bench calmly, however, it’s difficult to come by the rest of them. (Please find them at second-hand bookshops). Hmmm, since it’s so difficult I am more tempted to look at them. 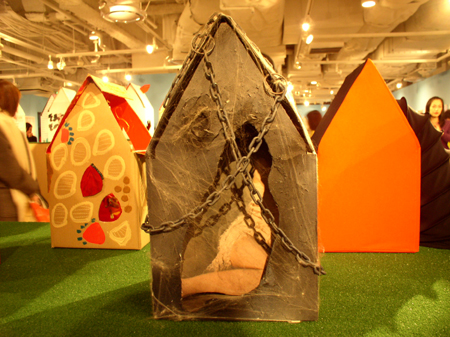 Is there any magazine which is able to produce people who will take an active part at the front lines of Japan in 30 years? I would like to keep my eye on the future of “Bikkuri House” as a person who is involved in publishing, looking enviously at the people who had created such a great magazine and the changeless power which still exists in it. 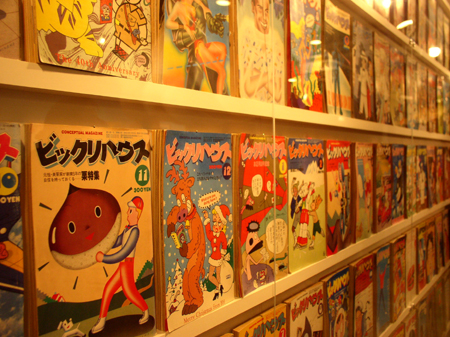 At the end, I will introduce a web site called “Bikkuri House Again” which was set up for “Houser” by Inolin who used to be involved in editing and design. A Bikkuri House junkie is called a “Houser” and they still exist now. The back numbers can be glanced over a little in this web site.