The predecessor of “Nueva a “futuristic” film festival was “RETinevitable” started in New York in 1998 by David Levin. “Nueva” which means “New” in Spanish, was held over about two weeks from December 10th to 25th in Harajuku Laforet Museum, Tokyo. 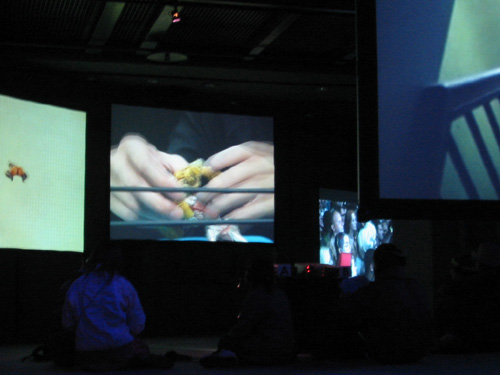 When I entered the hall, screens were circularly installed so that the hall was surrounded with four sets of monitors in the center. The works sent to this festival for display were shown everywhere. I shrank from the numerous amount of information for a moment not knowing where to start. 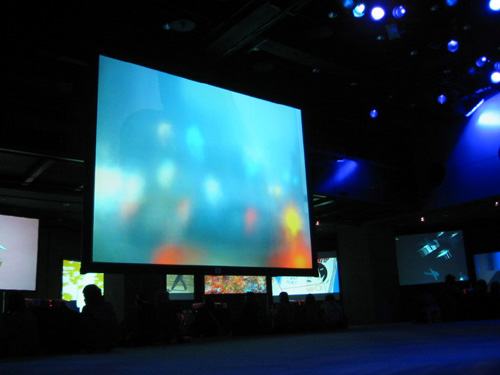 At Nueva, I got a clearly different impression compared to film festivals I had previously experienced. Usually, a program is fixed according to the time and date so people know the exact place and exact time to see what they want to see. However, at this festival, people can see films by just waiting for a while because there are many screens and each keep showing about 160 films. 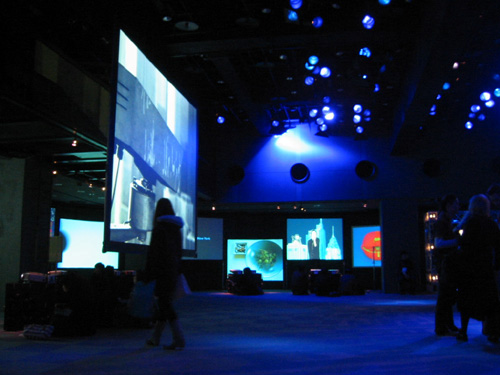 Once you understand the system, it’s easy. By taking the programme in your hand, indicating what is shown on which screen, you just move from one screen to another as if changing a TV channel. Since headphones are installed for every screen sound is not mixed up with other screen’s. 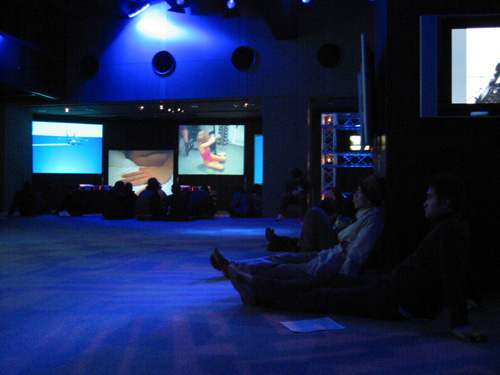