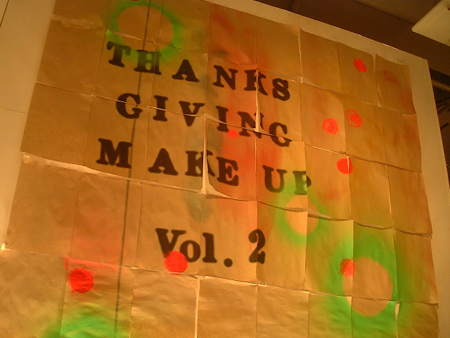 The hair makeup & fashion show with an 80’s fashion concept and graphical makeup completed with visuals was performed this time, and a booth where visitors could enjoy a makeup and nail polish artist for free was installed in the hall. 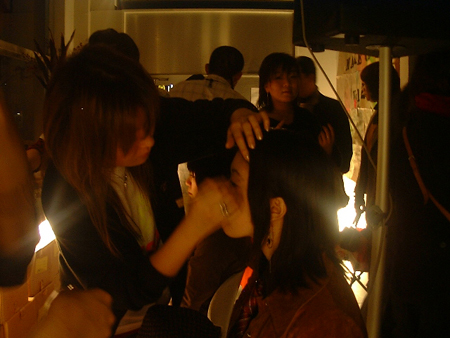 In those booths, makeup and nail polish artists could be experienced for free, and both booths overflowed with foppish favorite girls. 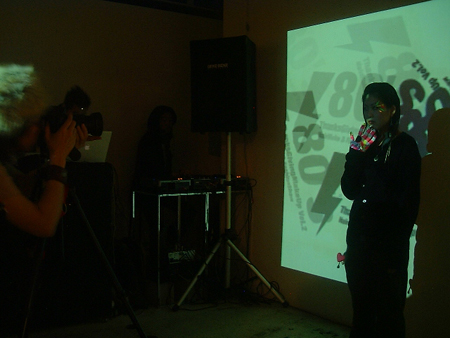 The girls who finished the makeup were enjoying various experiences, such as taking photographs against the visual displays. 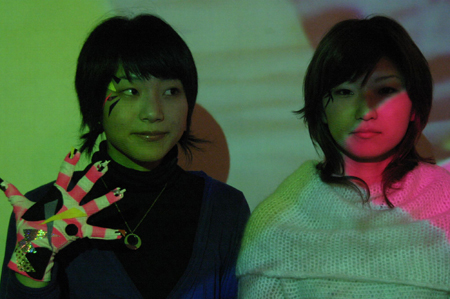 The feature of this makeup is that a shining seal was given as a part of makeup. The glove designed by the nail artist’s was also very pretty, and impressive. 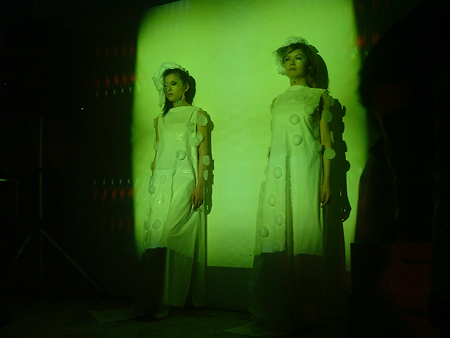 And there was still more! All the lighting dropped and the makeup show started. Two models wrapped in white cloth appeared slowly and were located in a line in the front of the pure white wall of the cafe. No lighting was attached. As introduced with “the graphical makeup will be completed with visual” at the beginning, this event is most characterized by this.