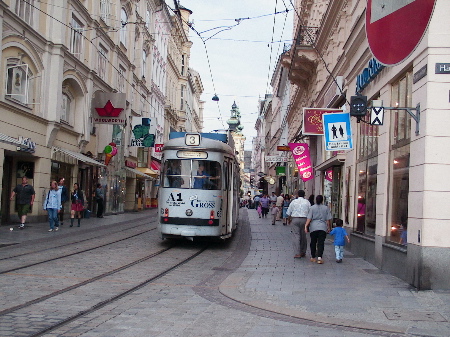 The 24th Ars Electronica was held from September 6th to 11th in Linz, Austria. Exhibitions, films, symposiums and live performances were arranged along the theme, “CODE – The Language of Our Time”. Though not as large in scale as Siggraph, the forefront of media art can be found here and it seems to function well as a place where artists, curators and researchers from all over the world can gather and interact. Even the directors and chairmen from Siggraph and Transmediale were present. 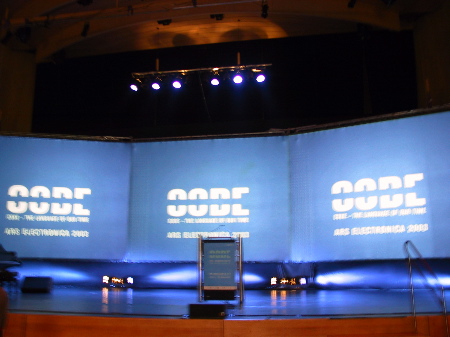 ARS Electronica also has a way of making the most of the venues and galleries in Linz. Whilst other art events swell in size and move on to convention centres, it’s gratifying to see existing facilities being put to good use. Perhaps this is one feature that makes Europe stand out.

The opening ceremony took place at the Brucknerhaus by the Donau River, where a scratch image with the words of President Bush – “Terrorism”, “Iraq”, “Weapons” – kicked the festival off with a strong message. 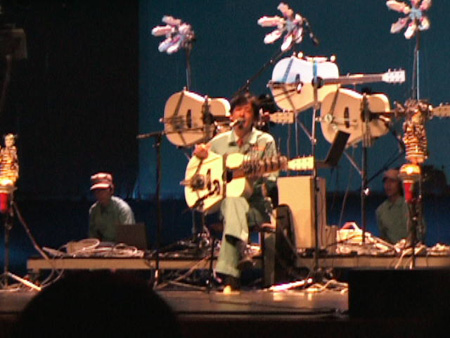 This stark atmosphere was followed directly by a performance by Maywadenki who appeared in between the speeches of VIPs, such as the Mayor of Linz, a total of three times. Taken aback at first by the contrast between the serious message and the ridiculous instrumental performances the European audience came around and were cheering in applause at the end. 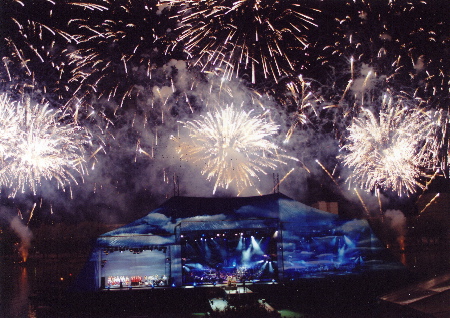 After the opening ceremony, we moved outside to see the music and visual event, “Visual Linzer Klangwolke”. Large-scale though it was, it was surprising to see how Christian Kolonovits and Chris Laska brought out a strong feeling of history and ethnicity.