“Writing – Urban Caligraphy and Beyond” is not only a great tribute to street culture but also to graphic design and architectural style. Graffiti which was long ignored and belittled for its proximity to comic culture has been borrowed by various fields such as fashion, packaging, graphic designers, and has become a fundamental aspect of the modern city.

The book points out the hidden pull of graffiti and makes us aware of the beauty and aesthetic it can contain, but also presents us the wide range where Writing has become an invaluable influence and inspiration in. The content of “Writing” spans from “Tags” beginning in the 70s when it was graded at the same level as vandalism, over to intricate architectural artworks, and ends up with 3D rendering of tags and portable wall-spraying machines when writing is digitized. Compiled by Berlin activists and designers Markus Mai and Arthur Remke and published by Die Gestalten Verlag, it shows the history of urban art and looking at the book is a possibility to see writings with the eyes of others. 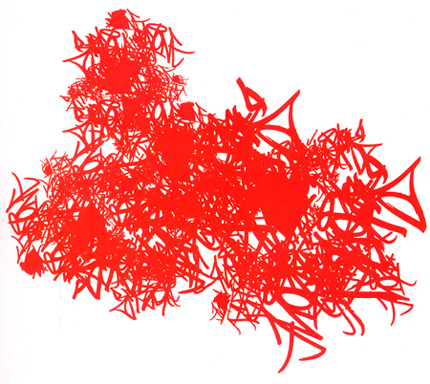 “In the “old” days, tags , (which a the writer’s signature), used to define the borders of gangland territories. By the time Writing culture was exported to less gang-dominated areas, it lost its original meaning and was used more to express individual style and less to convey (legible) information. “(M. Mai) A distinctive style, the personal interpretation of the Latin alphabet, the rounding, all this and more makes out a tag. Tags can be emotive, making the people ask questions like “Who is the person behind it?” 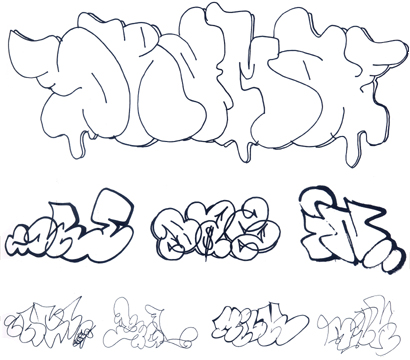 The writing on top saying “Drama”. This throw-up was found in Berlin 2003. A throw-up is closer to a picture than a tag is. A throw-up is not always meant as a signature but through the style and personal attributes it still conveys information to identify and recognize the writer. 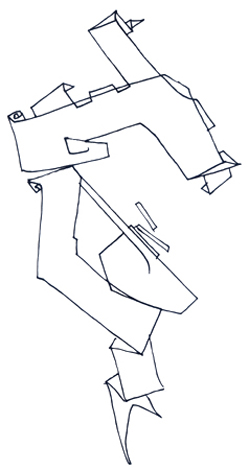 As a rule, it takes years of fine-tuning until “signature” becomes real art and to create a “signature” at which people don’t pass by without noticing. Good tags can be seen as an “expression of the writers personality”, each with an individual hand style.