A retrospective of the work of Peter Saville (born 1955), one of the most influential graphic designers and art directors in UK is currently showing at the Design Museum.

The exhibition covers twenty-five years of his amazing career, from his very first poster, the album covers which established his name, to the collaboration with designer Yohji Yamamoto and to more recent personal work. 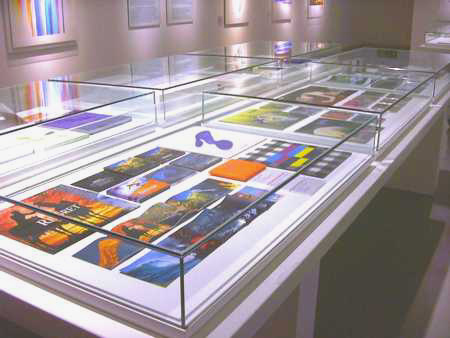 From the very beginning, Saville used the combination of images and fonts to great effect. For his 1978 Factory poster (which he made while still at design school), he created a sophisticated design, unlike the punk-induced anarchic styles around at that time. He then became art director for Factory Records and had total freedom to practise his ideas on the label’s identity and artwork. He went on to design album covers for bands including New Order, Orchestral Manoeuvres in the Dark, Roxy Music and Wham! 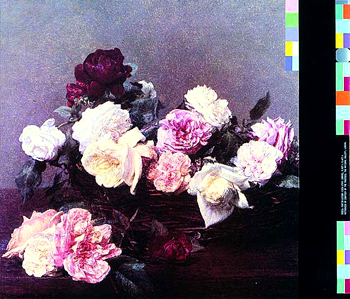 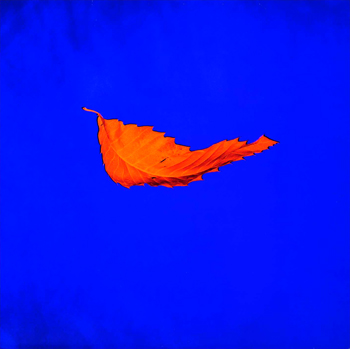 The creative process of his album cover designs are seen in the display case that run down the middle of the exhibition space. There are original sketches, images of fine art such as De Chirico and French artist Henri Fantin-Latour (which inspired the cover for New Order’s ‘Power, Corruption and Lies’) as well as the actual designs laid out flat and its prototypes. The exhibits are accompanied by anecdotes, some of them showing concern about how to recoup the production costs! 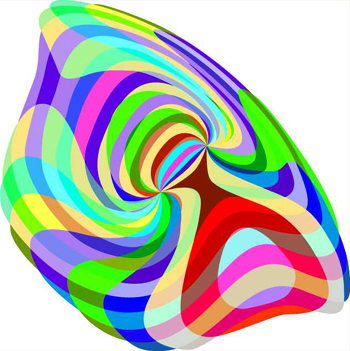 This graphic has been created specially for the Design Museum, and features on its award-winning website www.designmuseum.org

The second part of the exhibition explores his collaboration with fashion designer Yohji Yamamoto. At the beginning of the 1990s financial problems forced him to close his studio (Peter Saville Associates) and he became disillusioned with design. 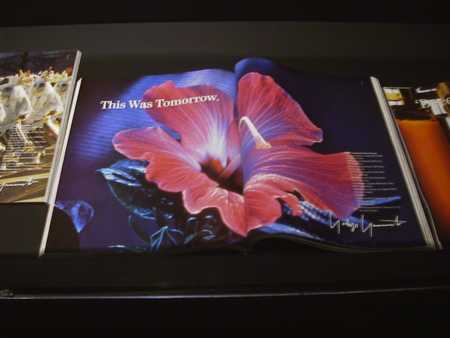 At the same time fashion designer Yohji Yamamoto shared the same feelings for fashion and assigned Saville as art director for his campaign and gave him total freedom over the creative output. The results proved a turning point for fashion publicity; though it was controversial at the time, the technique of using strong images as visual commentaries has now become commonplace. 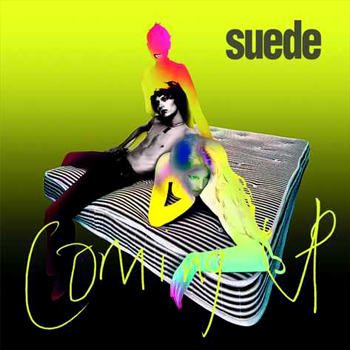 Art Direction by Peter Saville, Photography by Nick Knight, Design by Howard Wakefield at the Apartment

With the advent of CDs, Saville became creatively frustrated with the limited space of the CD covers. He was approached by young bands who came to know his work through music they had listened to as teenagers, and to realise their own visions, not create one for them. Saville was happy to oblige, and produced work for bands such as Suede and Pulp.

More recently, he has been balancing two opposing work ethics ­ as a consultant for commercial work such as Selfridges, Pringle and Stella McCartney and as an artist with more experimental, personal work such as the ‘Waste Paintings’

Ever-changing with the times and adapting to new technology, this is a very inspiring exhibition a must for design students and pros alike.