First of all I would like to thank to Shift crew for the invitation to contribute monthly with some news about Brazilian cultural scene. If you have any specific curiosity related to Brazilian culture or if you have any information about interesting events feel free to drop me a line: clarissa@a-linha.org. 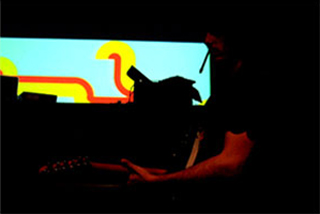 People say that it’s a darling of our indie scene!! Enjoy the amazing interview with Carlos Farinha the founder of Bizarre Music. His project by his own words:

In the beginning Bizarre was only (and still is) a record shop. Most of the records we had in the shop were imported and absolutely unknown for almost everyone in Brazil… it was before the Internet and the mp3 stuff. In that days Bizarre became to many people in Brazil, in several ways, a reference in new music. Actually, I just wanted to listen to as many records as I could, and owning a record shop seamed to be a good idea once I could sell all the records after listening to them. It began in 1987 and since then we’re proud to have in the store a sincere good selection of alternative-underground-avantgarde music world-wide as well as the Brazilian independent music… and, never forget, all kind of crazy-hipster people behind the counter (sometimes I think the customers are more interested in the employees than in records…) 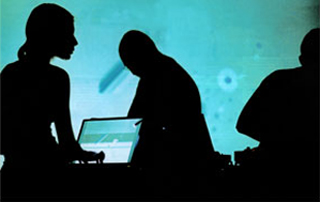 Bizarre became a record label in 1998. For a long time I watched several great Brazilian bands born and disappear leaving no trace, most of them couldn’t record or release anything because there was no label interested and that’s why I first decided to start the label. We’re music lovers and the records we release is a bizarre (ops..) and eclectic selection of Brazilian bands.. I mean we almost don’t have any style restrictions, first of all we are interested in the new aesthetic results but sometimes we just don’t give a shit for it so, our criteria is our ears.

The independent music scene in Brazil

It’s a very strange music scene with many different bands and many different styles, depending of the region. It’s getting stronger since a near past. Some years ago, it was all about mainstream music (still is on the radio, by the way). But now, since the Internet became more popular people became more and more interested in it. After that, people noticed that the mainstream artists couldn’t bring them anything new for years and that was a good chance for the independents to grow. Anyway, actually there’s no a real independent scene here yet. Everything is getting started and we’re happy to be part of this. Now there are more labels and they’re becoming more professional, now we have national distribution, independent media, international attention and conscious consumers. Of course it’s only the beginning and there’s still a lot to change but it’s good to see that we’re moving forward. 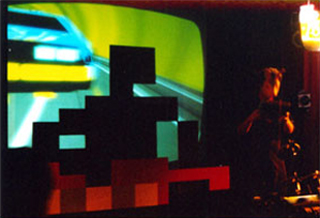 We released some of the strangest Brazilian artists such as Objeto Amarelo, National, Tetine and Space Invaders and some of the best, but not so exactly strange ones as Monokini, Sala Especial, Blue Afternoon, Romulo Frues and Transistors. We also released the interactive CD of the Brazilian designer duo Femur, a kind of sound and graphic crossover and lots of great fonts. That experience, after developed, took them to Palais de Tokyo in Paris late last year.

Our forthcoming releases are Tetine’s limited edition ‘Man in Uniform’, Blue Afternoon’s ‘Folxploitation’, Objeto Amarelo’s ‘Deus da Pedrada’, Romulo Frues’ ‘Calado’, Space Invaders’ ‘Continua…’, Ultrasom’s ‘My So Called Wildlife’ and the still untitled Golden Shower’s debut. Oh…and maybe any ten records the freaks of National would bring us at once. We also released some foreign bands such as Stereo Total and Club 8, so many others will come…