A creative studio in London “Hi-ReS!” made a cover design for this issue. You might have seen their name in SHIFT many times but this is the first time to interview with them. It can be said that they are the very one of them who works in the front lines of the creative world. How do they look at the future of web? Find out about “Massive Attack” site as well as the ones they made before. 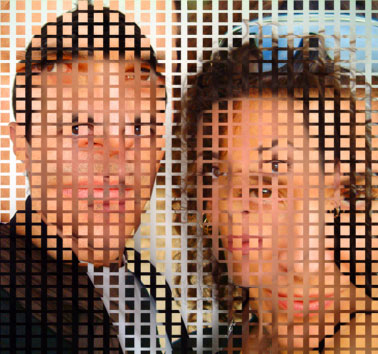 My name is Florian Schmitt, and I am the artistic director at Hi-ReS! London. Hi-ReS! was founded by Alexandra Jugovic and myself in 1999, when we moved from Germany to London. We met in art school in 1993 and soon started to work together, first on personal, then on commercial projects.

While Alexandra’s background is in fine art and graphic design, mine is film and music. We had not worked in the web before 99, but upon discovering Flash we immediately realised that this was a chance to combine our skills in one medium, add interactivity and stream it across the web – at the time (and still today) this was an exiting prospect.

Hi-ReS! are 7 people at present plus a pool of freelancers we like to work with. 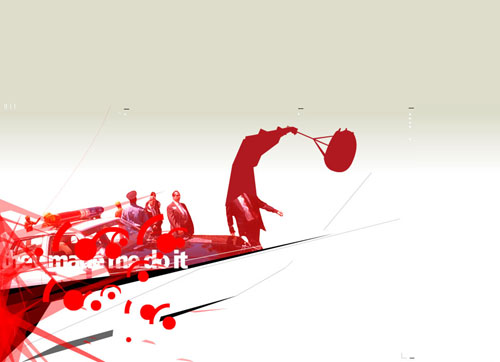 What sort of works/projects do you usually do? I heard that Hi-ReS! is based in London and many of Hi-ReS! members are from different countries. Do you divide members into several teams when you forward a project, for example? How do you allot roles to each member?

The very first online project we did was our own experimental playground Soulbath. At the time, we had no idea what was out there on the web, we had 2 trial versions of Flash4 and we had a brief that we had written for ourselves: to create a site that was almost like an instrument, that valued sound, visuals and text equally and that was void of any colours. while we worked on it, it became apparent that we also wanted to introduce elements of artificial disruption into the site, malfunction and decay, things that we have always found very interesting.

In the process we developed a concept for an online exhibition of banner ads, entitled clickhere! The project was a sardonic twist, delivering adverts but no products. The collection of “artverts” were produced on an open-submission basis and curated by Alexandra and myself.

What was amazing and totally unexpected was the kind of attention we received, eventually leading to an article in the New York Times. (and our mock of banners eventually garnered the attention of ad agencies, which i still find extremely ironic.)

As a result of this, director Darren Aronofsky contacted us and asked us if we would be interested in creating a website to accompany the release of his new film “Requiem for a Dream“.

We said yes and the rest is a blur… Since then we have worked on many film-sites and many music-related sites, but we have always been very conscious of the danger of repeating ourselves and have therefore stopped doing film-sites for while to concentrate on other things.

We have since done work for clients such as SONY Playstation, NTT Data, Mitsubishi Motors, Diesel Stylelab or Lexus Cars.

And to answer your other question:

Amanda, our studio manager, is in fact the only English person working in our studio at the moment. it’s weird and it was never meant to be like this, but I guess it just happened. Also, people in the studio don’t necessarily come from a web or even design background, and because we are relatively small, we all do a bit of everything although everyone has their core competence.

I think our ideal way of working would be to all work on one project at the same time, focusing on one goal, but in reality there are always several projects running at the same time, so we create little teams, often we will jump in between projects as well – it’s sometimes chaotic, but it works.