A London-based motion studio Addictive TV had VJ performances at two nightclubs Yellow and Alife in Tokyo. Not only having a VJ performance like this time, they are producing an audio visual mix DVD series “Mixmasters” as well as organising visual event “The Audiovisual Lounge” with “Cinefeel” in London and Paris. Nick Clarke, Graham Daniels and Francoise Remy visited Japan for the shows in Tokyo. 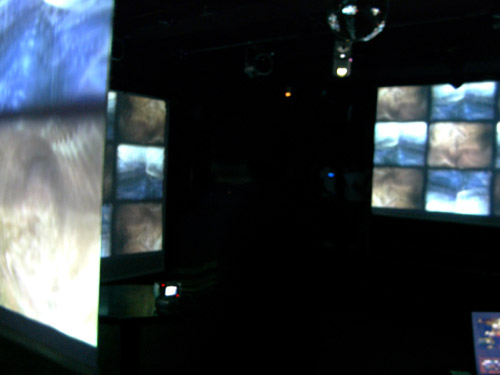 “London Initiative” – this is the title of the event held at Yellow. Several screens were placed in various angles at the venue, and it was like motions on the screens surrounded a DJ booth. This direction seemed to create a space that stresses on the mix of motions and sounds. Basically, Addictive TV’s VJ style is a quite improvise one as Graham selects motion resources and then, Nick mixes them with a VJ mixer. By allotting complex procedures of equipment to each, they try to have a real-time collaboration with sounds. 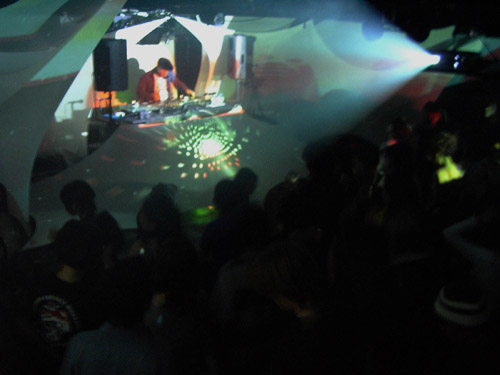 I could strongly feel that unique style from a DJ session with Howie B, because Addictive TV’s motions sychronised with Howie B’s playful DJ play well. As Nick said, “we just express what we feel without thinking anything”, I could see Graham was dancing as he was mixing motions at a VJ booth. Feelings that they get every moment and how to express them. These two points seem to be important in their VJ style. 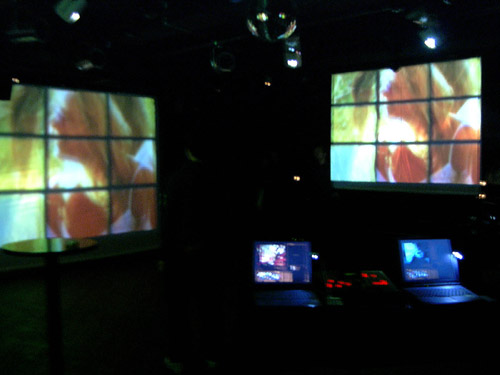 According to Addictive TV, they could have a similar performance to “The Audiovisual Lounge” at an event “FOUSKILL featuring PIX” in Alife. Since the first half of the event had a strong lounge taste, visitors seemed to enjoy of watching their motions enough although each set was not so long. Their VJ performance was gradually getting a physical one in the latter half. Both those who were dancing and just sitting could enjoy the atmosphere there.