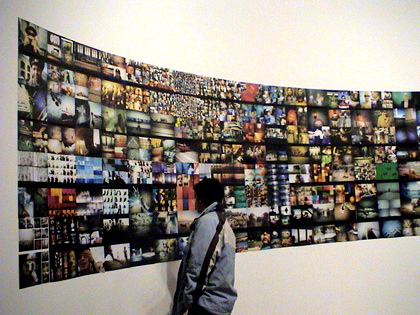 From 15th to 23rd of February this year, the Victoria & Albert Museum in Kensington, London ran a photographic workshop, exhibition and competition under the title ‘Snap Happy Days’. The event was timed to coincide with a new documentary programme about the phenomenon of the Lomo camera and the rise of Lomography as a photographic movement in itself. 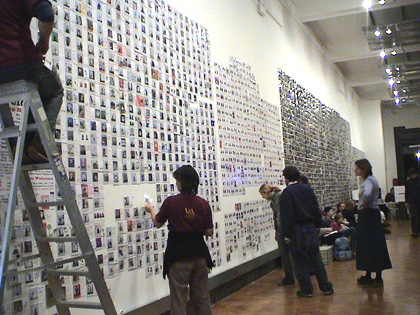 The V&A museum became the backdrop for hundreds of people’s photo’s in the ‘Snap Happy Challenge’, where visitors could borrow a Lomo camera and a roll of film to document their day in the multitude of gallery and museum spaces. As a Visitor, you were encouraged by the organisers to ‘open your eyes, follow your instincts and don’t think – just shoot’. Thus the exhibition was created almost entirely by the audience itself, giving everyone the chance to have their work shown alongside the likes of Michelangelo, Donatello etc… 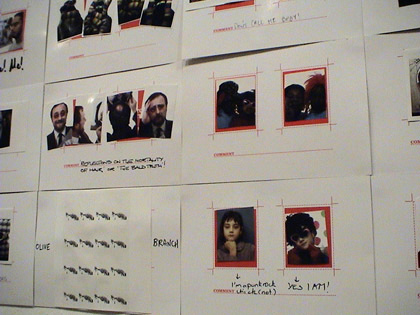 Each participant was given a worksheet on which to attach their 8 favourite photos, with themes for each one such as ‘colours, shapes & patterns’, ‘pose as a sculpture’, and ‘coming & going’. A photo minilab was installed in the exhibition which dealt with the processing of each roll of film, and the completed worksheets were hung in the exhibition space, creating a huge collage of images. These were displayed alongside Polaroid shots and photobooth images with accompanying messages, which ranged from the ridiculous to the scary, the cute to the incomprehensible. 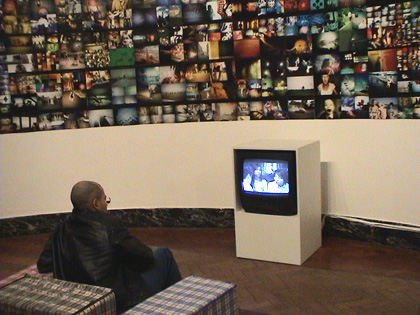 The exhibitions space was also home to a series of projections of Lomo photos and a video of the documentary programme, along with a show of classic Lomo’s from the ‘Don’t Think, Just Shoot‘ book which has recently been published by booth-clibborn.