Fugitives is a group show that brings together seven artists from diverse backgrounds whose work fuses the formal protocols of graphic design, comics and illustration with the more traditional media of painting and collage. 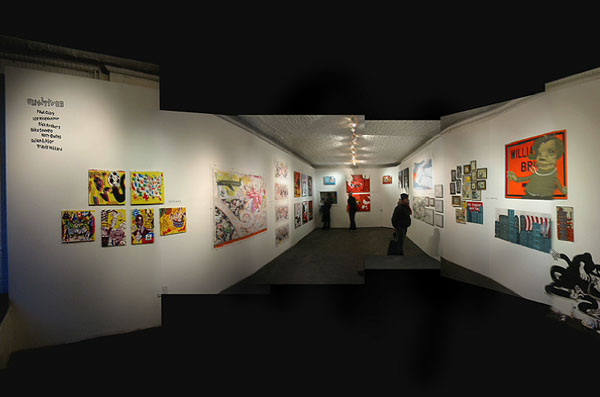 One is just as likely to encounter their work on the street, on an album cover, or on a t-shirt as in a gallery, in a magazine, or on the web. Bound together by their ability to move fluidly between personal and commercial work and material and digital realms, they are best described as “fugitives.” A series of limited edition t-shirts and a sticker packs accompany the show, available for sale at the gallery and online. 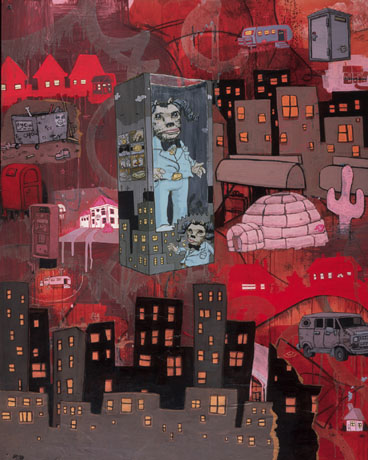 Travis Millard is originally from Kansas and currently lives and works in New York. His paintings and collages are populated by the “dirty schoolbook urbanism” of his distinctive Fudge Factory Comicscharacters. Fudge Factory ‘Ram Head’ tags can be found on signs andlightposts throughout New York, and the regular comic strip can be seen in the pages of Spin and Shout magazines. Travis’s work has appeared in the recent Decipher show in New York and in the Hit & Miss show at Max Fish with Shepard Fairey. 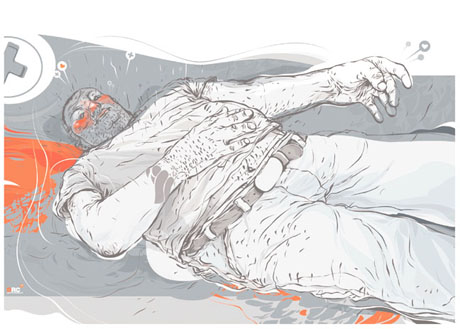 Lee Misenheimer is a graphic designer from North Carolina currently working in New York. Originally trained as an illustrator, Lee has been creating drawings, paintings, and screen based work under the name Destroyrockcity since 1994, first as a self-published fanzine. Lee has shown work at Raleigh’s Lump Gallery, and his design work has been published internationally. 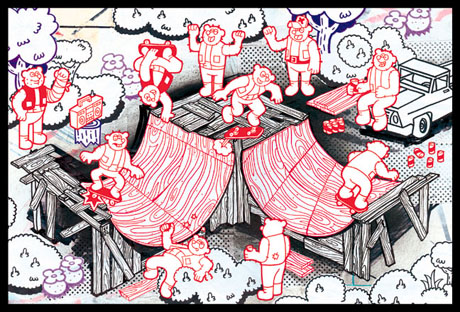 Paul Clark is a designer and Illustrator, formerly at New York’s Funny Garbage, who has been creating personal and professional work for over five years under the name Blixie. His work has been incorporated into promotional materials for the lower east side record store Sound and Fury, and has been published in Bikini and Eastern Edge magazines. Currently Paul is creating large-scale collage pieces and skateboarding almost every day.