Shift 2003 Calendar is now ready. The aim of this calendar project is to provide up-and-coming fresh creators a calendar as a medium to let them express their creativity and we invited all Shift readers to submit their works to the competition. Thankfully, we received approximately 150 works from all over the world in a month. 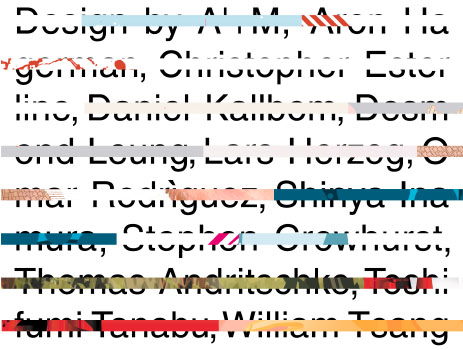 The reason why we horizontally put the dates in a row is that we would like you to customize the schedule in your original way as well as using this product regularly. This calendar will be available ーon the 1st of December at “Shift Factory“. We are also planning to distribute this product through many shops in the world and now looking for the shops that support this project. If you are interested in this, please e-mail us: staff@shift.jp.org

The 12 works below are the best works, which will be used in the Calendar. Please have a look with the comments from each creators. 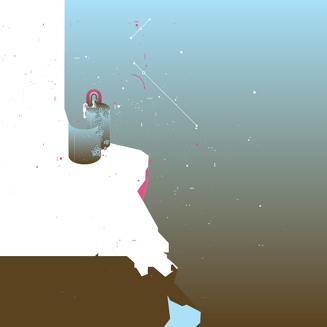 A’+M
A’ (Clarissa Tossin- Brazil) + M (Miguel Vasquez -Venezuela) an exchange process for visual ideas. Our work has been showcased together and as individuals in T26, Neomu, Mtv VMA LA, Los Logos and LATINO published by Die Gestalten Verlag.
Work description: Piece title: Abismo A space where our mind can flow freely.
The exact limit between freedom and madness. 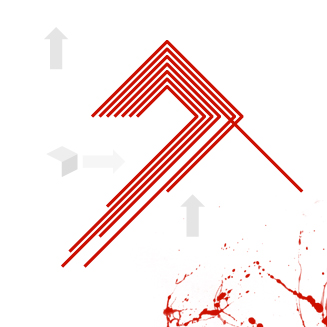 Aron Hagerman
Aron Hagerman. 22 years. I am currently working at an animation company in Stockholm called Filmtecknarna, with computer-supported animation. And before that I worked at a small Motiongraphics / Filmproduction company named Apparat.
Work description: I like to work with geometrical figures and experiment with how they interact. The red ink(?) stains gave an absurd touch to the whole thing, plus a bit of organic feeling to I guess since they are real stains and not computer generated. 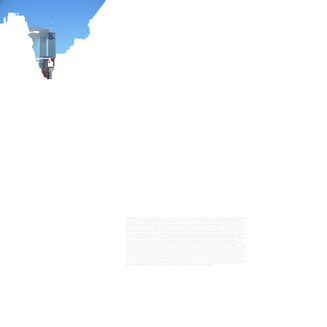 Christopher Esterline
A designer from Portland, Oregon currently working in the field of web/interface design.
Work description: By chance I viewed the work of George Weld, an amateur photographer living in NYC. I was captivated by the emotion George exposed on the morning of 911. In that moment, viewing these very candid expressions, I felt as if I’d gladly give everything in place of the innocence lost through such misdirected and grievous malcontent. I felt others would do the same. In this piece, a stoplight, looming ever so vein in the shadow of the twin towers, rests on stop. Men offered what they could. NY City’s finest gave their lives. A President somberly shed tears. NY / the United States of America / the world stood in silence. These Brownstones, absent from the original shot, were my submission to that thing, being, et all, who/m might reverse the path of destruction triggered by the loss of life and the sanctity of freedom demonstrated in the attacks of 911. 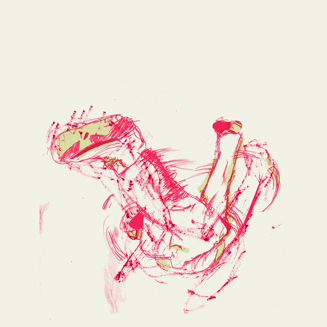 Daniel Kallbom
I’m a student at Hyper Island in Sweden but right now interning at Method in San Francisco.
Work description: This illustration was originally created for a project called Uncase, but it was never used. I experimented with both analog and digital techniques, symbolising speed and creativity. 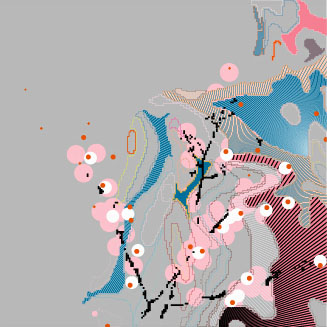 Desmond Leung
25-year old Desmond was born in a tiny Pacific Island, then grew up in Hong Kong. He graduated with honours in graphic design from Swinburne, Melbourne. Currently, he works as a freelance graphic/web designer and devotes himself to motion graphics.
Work description: An abstract visual interpretation decodes the fragmented memory and feeling of one’s travelling experience. It symbolises a traveller undergone an unknown visual and geographical territory. The body of a human figure transformed into a contour map. The image plays with symbolic topography, mapping and objects which suggests a traveller’s recall of an ambiguous sense of place and season. Those memories are vivid, chaotic and yet surreal. 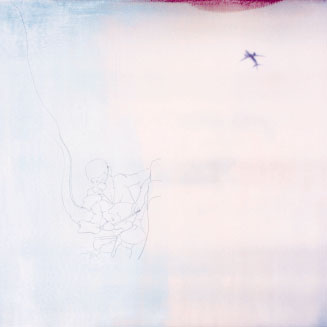 Lars Herzog
31 years old. Hamburg. Freelancing (Art Director). Lecturing. Noncommercial Arts.
Work description: This work’s origin is a Polaroid I took at the airport. Everything was fine (as usual). I am often more sensitive to things that might occur than those that do. So the work’s origin might also be called paranoid, I guess. I used analog and digital media.