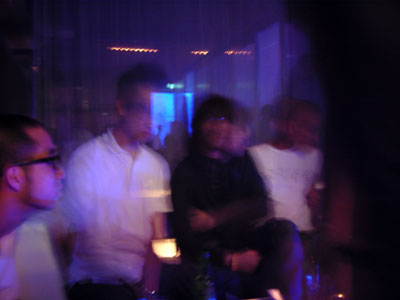 In the past the majority of presenters composed of web-based designers and graphic designers, this time, IdN pulled off a list of speakers and performers of different design fields from around the world. 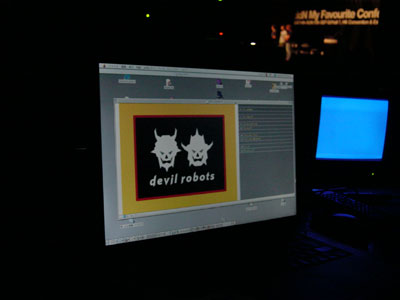 The first-day conference kicked off with Devil Robots Theatre, presented by Tokyo design collective the Devilrobots. The design team specialises in character designs, illustration, motion graphics and web design. Shinichiro Kitai and Yoshizo Yoshimura were the main men of the show. Presenting in broken English and hilarious body language, the duo told the history and philosophy behind their creation, Tofu-Oyako. After their successful performance in IdN Fresh Conference Singapore, Devilrobots once again won the hearts of local audience. No wonder they called themselves designers-comedians.

Following Devil Robots are The Studio and Tomato from London. The Studio is best known for Bjork’s Vespertine worldwide press campaign and the current Issey Miyake campaign. They shared with the audience their views on the digital revolution in the design industry. While Tomato, IdN’s longtime collaborator, revealed to the audience the philosophy behind the company. 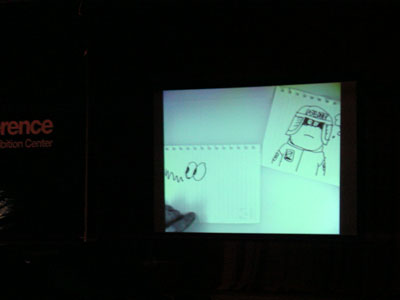 Also from England were Build headed by Michael C. Place and Nicola Westcott. The couple took the audience to a fantastic visual trip around the world. Penny Martin, Paul Hetherington and Daniel Brown of SHOWstudio (co-found by Nick Knight) presented some of their eye-opening works. Star illustrator James Jarvis performed live drawing and talked about the creative ideas behind his comic world. 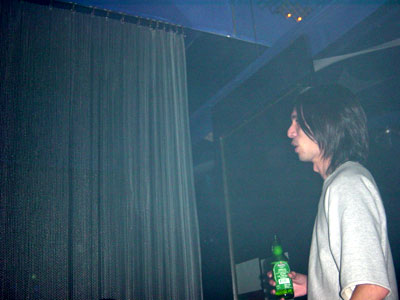 Known for his design for many Japanese magazines such as +81, SAL magaizne and Gasbook, Hideki Inaba is an icon for many local designers. His presentation on editorial and packaging design drew a full-house audience.