Design it in the studio and build it the workshop. This is the underlying motto which sums up a concept developed for a new three year degree course in design – to which can be added a further two in a specialised subject – which on 7th October launched the academic year at the new faculty of Art and Design which has opened at the Free University of Bozen-Bolzano. An innovative project at a European level which aims to combine the practical approach of northern European design schools with the classical and theoretical approach of the traditional Italian university. 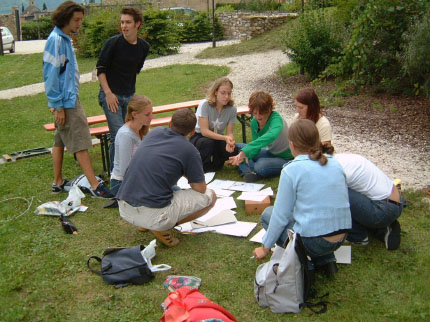 To talk about the project is Kuno Prey, a designer as well as university professor – fresh from a nine year experience at the Bauhaus in Weimar – and currently dean of the faculty. “We would like to form a professional figure who is up to date with the times: a designer who can handle the design and making of a product right up to the visual communication, an interdisciplinary profile able to take on both the virtual demands dictated by digital technologies as well as the more practical ones relative to the choice of innovative and ecological materials”. 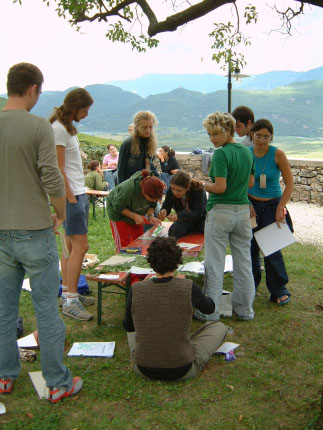 With these aims in mind, the academic organisation also differs from the traditional one and experiments with a new set up – rather than large classes there will be working groups of no more than twenty, in which students from different years will be mixed together. The admissions procedure is also innovative; it consists of a workshop lasting a number of days which aims to place the candidates in contact with both the teachers and the place, as well as stimulate their creativity and curiosity and reveal their attitude to working in groups. At the workshop held in September, out of ninety candidates accepted (out of 125 who requested to partecipate), fifty five were accepted, who will be added to a group of students from a design school who have been accepted on mass as a result of the closure of the school. The three day ‘test’ consists of the development of two mini-projects, a group project, two conferences on design and an individual interview.

So what are the minimum requirements for being accepted onto the admission workshop? As well as a school leaving diploma, the candidate should submit a video presenting themselves, a critical analysis of a two or three dimensional object and have a good knowledge of at least two languages. This latter is fundamental since teaching will be carried out in Italian, English and German – language courses organised within the institute will allow students to improve their language abilities or learn from scratch a new language – and lessons are held in the mother tongue of the head of the course. It is a very conscious educational decision born out of a conviction that languages represent a competitive advantage for students on the international job market and facilitate professional mobility.