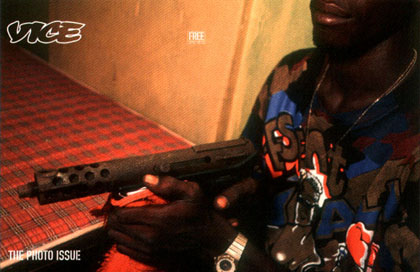 The culture of free magazines – printed magazines, that is – is something of a thriving phenomenon. Most of the magazines you open nowadays are covered with advertising. In magazines such as Vogue and Wired, close to 50% of the pages are devoted to advertising. You pay for a magazine only to find that half the content is trying to sell you something. It is an ironic cycle of commerce that we are all part of.

When the Web became big circa 1996, it was free of advertising. Today, it is hardly free of advertising. Every click you take, you are bombarded with banners, pop-ups and interstitials alike. A lot of communication vehicles – TV, radio, newspapers – are somewhat controlled by advertisers. The Web, including this page you are reading right now, could not escape the invasion. Whenever a medium reaches a critical mass, it is invaded by advertising.

The content of the Web, aside from the cost of paying for the connection, is free. For magazines, you have to pay a certain amount of fee to access that content. So the idea of free magazines is similar to that of the Web.

The latest issue of Vice Magazine achieves a fine balance of free content and advertising. Named the Photo Issue, the magazine features photos by famous and non-famous photographers. Some even might be amateur photographers.

In this issue, the line between what’s content and advertising is vague, making it difficult for the reader to distinguish the two. Some of the advertising is as provocative and intriguing as the content itself. It seems that advertising is wisely selected to match and parallel the content. Or at least those who choose to advertise in this magazine understand the nature and the audience of this magazine.

This is what the magazine proclaims to the readers:
“PLEASE DO NOT SUBSCRIBE TO VICE. Most magazines want to up their subscription rates because that’s what investors and shareholders look at when they evaluate the company. That’s why you get all kinds of deals when you subscribe. Most of the time the magazine is losing money. We have a whole different business model. We are free. That means 100% pick up rate and, subsequently, we don’t care who subscribes. In fact, subscriptions are a pain in the ass. If you insist, the easiest way is to go to viceland.com but in a lot of ways its like “whatever,” you know what we’re saying?”

The world will be a happier place if more companies had that kind of attitude. You know what I’m saying?

P.S. The magazine adds a footnote for the cover photo: “The man pictured was stabbed to death in a Kingston prison two months after the photo was taken.”