A Brazilian artist, Nando Costa produced the cover design for this month’s issue. He is a 24-year-old young artist but his talent has bloomed after gaining many experiences in a printing media, an interactive media, animation and web designing. You will get many chances to know his works through a book and a DVD, which will be released from a Germany publisher Die Gestalten Verlag in the next spring, and Resfest, which will start from the 18 of September in San Francisco. His energy is powerful to let more people know the arts in Brazil. 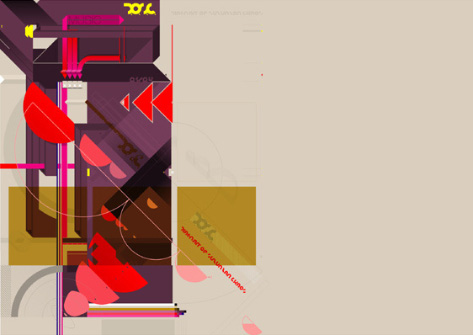 My name is Carlos Fernando Faria Costa but since friends and family called me Nando, my name as and Artist became Nando Costa. I was born in Rio de Janeiro, Brazil and have been painting and drawing since little. During High School I studied drawing in Art School and after that went to College for Graphic Design for 3 years. I have been working constantly as a Designer since my first year of University since and have jumped from printed media, to interactive and nowadays I am perfecting my skills in animation as well. It’s helpful to have worked in all mediums because one can always feed of the other. My skills as a print designer have evolved immensely since I entered the web environment and my skills as a web animation have evolved as well since I started working on projects for television and DVD. After living and working for 3 years in the USA, I am now moving back to Rio de Janeiro to pursue my own projects and start painting again. 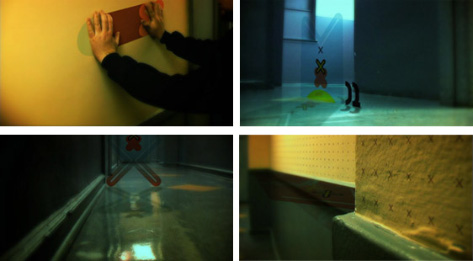 You are originally from Brazil but you have got experiences of working in Atlanta, NY and Chicago in USA. Why did you leave for USA? Also, where are you based in now?

Since little I always wanted to become an Artist and live off my paintings and drawings. With some experience I noticed that it’s was it was going to be harder than it seemed. After Design School and a few years working in the field the USA became a lot more interesting than hard Design market of Rio de Janeiro. The fact that Designers with intermediate Flash skills were in high demand at Design Studios in the USA was also an important reason to convince me of leaving my family, friends and home town. But now that I’ve acquired a few interesting names to my client list and learned as much as I could in the States, I feel that going back to Rio and working independently is the best option. My current location is Chicago, USA and I’m moving to Brazil in the beginning of September. 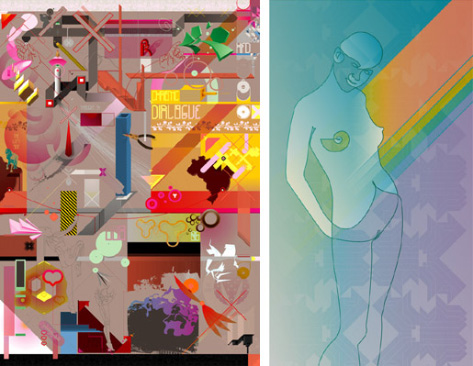 Typical ideas about Brazil that people have must be samba, coffee and the kingdom of soccer. That’s a shame that the artistic image in Brazil is not clear for you. How is the current art scene in Brazil? Please tell us the difference between the art scene of Brazil and of America?

I think that the basic knowledge that people in general have about Brazil is the media’s fault. Television rarely explores other aspects of the culture and what’s shown is the usual Carnival, women, soccer and social problems and etc. I’m currently starting to work on a project that will help minimize that in some way. It will at least introduce the work of amazing local Artists of Rio and other Brazilian states to the public that has access to the web. The site brasilinspired.com will inform the public about local art, design, music and entertainment. The content will all be in English though so both local and international public can enjoy it. 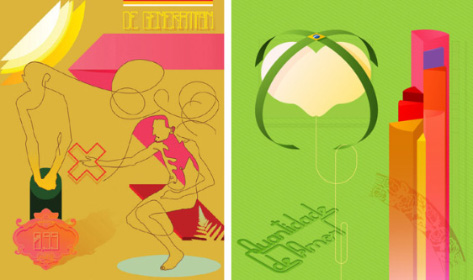 You are a 24-year-old young artist but you went to USA on your own, gained the experiences of designing, participated many conferences and did loads of client works. You seem to be very brave and energetic person for me who am in the same generation that you are. Where is that power from?

I have to confess that I haven’t been attending many bars of parties, although I do have fun with friends quite often. My goal while in the USA was to learn and achieve as much as possible. Since I don’t smoke, use drugs and rarely drink, it was easy to stay up and focus on my work that acts as therapy to me. There are many Artists in my family like my mother that is a sculptor, my brothers that are in the Advertising and Design fields and Grandfather that is a painter besides other members of the family from other generations that have achieve quite a lot in the Arts. I believe that this must have something to do with the energy that drives me to work hard on personal projects. And when client projects a give me with trust from the client it becomes just as personal as a self-promotion piece.

Your site “hungryfordesign“, which was launched in 1999, works as your personal showcase and introduces your visual ideas. Please tell us more about this site.

The initial idea of the site was for it to be a large resource for Design and Art students as well as professionals. Besides showing the work of Brazilian Artists, it would also inform about Art, Design History and the latest events and exhibits. Since my site became a personal portfolio, I am just now having the chance to develop a site with this content which will also be called “Brasil: Inspired“.