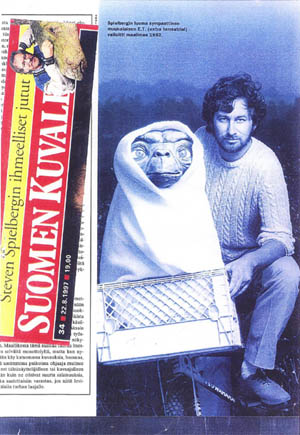 I think everybody dreamed of having a flying bicycle when the film “E.T.” was on screen. Of course, I was one of these dreamers and I clearly remember the scene that the boys were flying in the sky with BMX even now. Surprisingly, it was a Japanese company that the bicycle, which Elliott was riding in the film, made. Do you know that? A bicycle shop, called “Kuwahara Bike Works” in Imasato, Osaka is the one.

Basically, the company used to produce OMEs from American makers such as “Schwinn” from the 70s and then it started to run its own brand “Kuwahara”. At the same time, playing motor cross was a popular game among street kids in the USA and that popularity let BMX quickly spread through the country. Shooting the film “E.T.” started at that time and Kuwahara was chosen to make the bicycle. 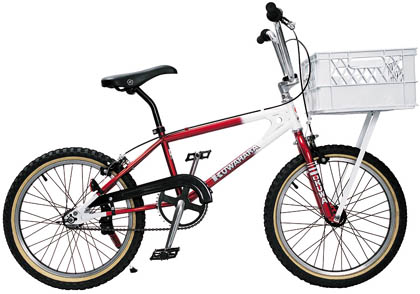 “Kuwahara BMX!” It was kids’ answer to the question from the director Spielberg “Which bicycle do you want to ride?” Then, Mr Kuwahara got a ring from Universal Studio to send 40 BMXs even though he did not know which film his bikes would appear in. The director Spielberg requested to use a white gradation in red and it was a unique design at that time. This is how the bicycle, which was an essential item in the film, was born. Twenty years has passed and now, 300 of the limited bicycle will be produced. Of course, BMX pro-riders’ favourite steel, Clomoribden, is used as the original model was also made with it. Moreover, head part, fork end and bridge are all dead stock now. ET’s basket is available as an option.

A strong policy of creators did not allow producing the past work again because those creators are seeking the new bicycle at all times. In other words, it can be said that each bicycle is special one. “I just want to continue to create bicycles that remain in people’s hearts”, said Mr Kuwahara. Making carefully a bicycle in order to suite each rider’s character and all of them would understand how fun to ride a real bicycle if they rode ones from Kuwahara. That is an attractive point of bicycles from “Kuwahara.”