I play video games, a lot. I guess it started when I was 10, I remember the hours spent pumping 10p coins into Defender, Asteroids and all the other early 80’s twitch classics. This time went hand in hand with owning my first computers, a ZX81 and then a Spectrum. Then there’s all the consoles that I just had to have, Atari, Mega Drive, PS1, Dreamcast, N64, PS2 and X-Box.

How can I forget the handhelds, Donkey Kong, Super Mario Bros that I played until my fingers blistered. Nerdy kid, or cool? Only time will tell. One thing I can’t avoid thinking is that these things have been a real part of my life in one way or another, so as you can imagine I couldn’t resist going to the “Game On” exhibition being held in London’s Barbican Gallery at the moment. 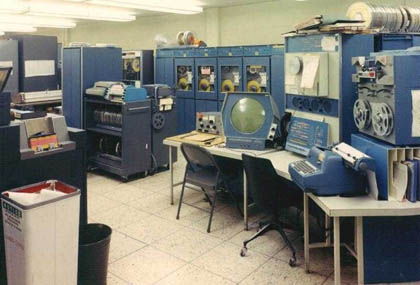 This exhibition is the largest collection of gaming I’ve ever seen outside a Trade Show. It’s large and extremely comprehensive covering most of the major points of interest in the development of the computer games industry and its entrance into mainstream consumer culture. The exhibits are organised by a historical perspective and themed by genre that leads you from the mighty “Spacewar!” running on a PDP-1 computer that is larger (and probably has less computing power) than a fridge right through to unreleased teasers on X-Box and PS2 consoles. 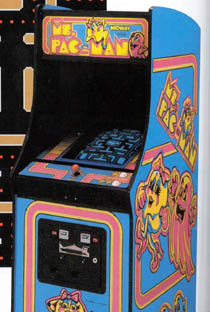 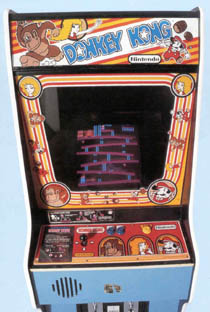 The best thing about the exhibition is that it manages to cover so much ground in a way that’s appealing to all ages and doesn’t exclude anyone from the pleasures of dancing pixels and strange beeping noises. For the hardcore gamers there are plenty of classics to play. I’ve not seen Defender or Centipede in a cabinet for ages and it felt just great to step up to a machine and get your hands on buttons, roll-balls and joysticks although I did notice that I’m a lot taller than I used to be when I was 10! For people more curious than committed, there is plenty of information and some thought-provoking art pieces that question the role and importance of electronic gaming in the modern world. There’s also a good companion website which uses the exhibition as an educational resource to encourage kids to think more deeply about what games are and why we play them.