After many others orators, a debate about the programing position in interactive design began but time was too short and the next conference had to begin: its topics was spatiality. 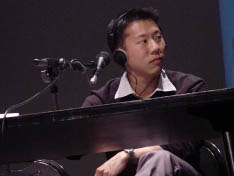 The first speaker was Peter Cho, he showed examples of typography in dimensional digital environments. This graphic designer and computer programmer who studied in the MIT medialab explained that type in a dimensional environment may also allow for expressive exploration of pure visual form, especially when combined with motion and user interaction.

Afterwards, Etienne Mineur, one founder of the incandescence graphic design studio, introduced his work about 3d real time. He presented many projects as Etin Toys (a e-commerce website) or Swimtank (a cultural e-zine). All this project are tryout about navigation and reading in a 3d environment.

To finish, Carsten Wierwille, the vice president client partner for Plumb Design spoke about 3D data representations in online art and commercial software. He asked himself if this representation was just for fun or had a real function.

The final day, a conference was about culture & critic. the orators took note that computer representation is a revolution like the advent of writing . This advent imply a new criticism, a new education for further generation and a better knowledge of the process of interactive design for the public. The last topic was “beyond the screen”, in this session lecturers spoke about physicals interfaces, Yacine Ait Kaci and Naziha Mestaoui, Regine Halter and Dorothee Schiesser, and Katherine Moriwaki and Sabine Seymour introduced their work. 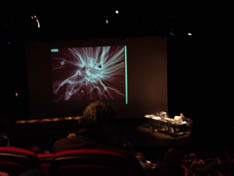 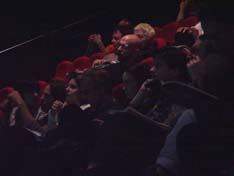 Around these conferences, two main events happened in the night. The first was performances. Through this show, the attendants of the conference got to appreciate four different interactive applications that were specifically designed by the artists to suit the needs of their performance. The performancers was: Jean-Luc Lamarque [Continuum], Jasch [Codespace], Servovalve [Improvisation preparee] and Golan Levin [Scribble].

The second night was the Zapping time. This ritual allows for a maximum concentration of interesting creations over a short period of time . So we could enjoy lot of interesting productions.

To conclude, Numer.02 was a very intense and a very interesting moment to meet and heard many orators. This event is maybe too much intense and sometimes I was frustrated that lecturers hadn’t time enough.