Architecture has never been this close influencing the art and fashion world. Perhaps the definition “post” has become more familiar in a daily life level because of that. Modernism or modern architecture eliminates the fringes and stands with full-on function and represents the authoritarianism towards the given space. Post-modernism, which came to challenge the existing stream of power and structure, allows rules or common sense to slip away. The definition itself is rebellious. In fashion, function becomes less concern and nature of the body is denied. 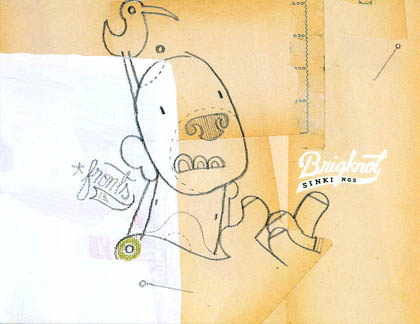 Growing up skating the city of Washington DC, Chris Yormick headed north to NYC to attend School of Visual Arts in 1994. It was not long before he departed from the school programs, and started working under record labels’ art director. Yormick’s canvas was primarily streets, but his time in NYC broadened the creative field to the graphic design as well. Upon the call from the skate world, he relocated himself to the west coast, taking shoe designing next in his hands. 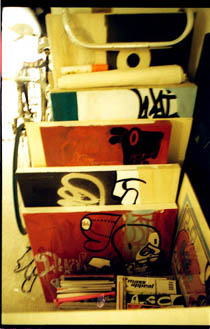 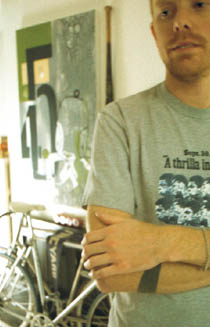 Now, Yormick is responsible for the overall art direction of Skateboarder magazine. That all explains his flexibility with skills, and full control of space sensibility which are all well observed in Yormick’s paintings. His methodical practice of art seems to always be defined as post-graffiti, however it almost seems as if his art suggests the movement to come freshly soon after, instead of “post” to another. 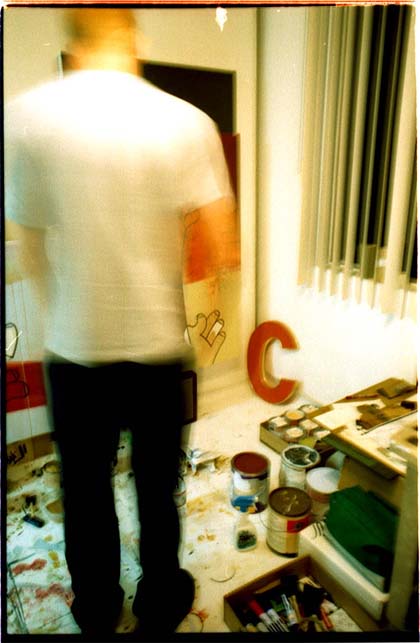 While the modernism describes “monotone and function”, graffiti emerges from “noise and disorder”. Both will describe the encounter theory by assigning the phrase “post” in front. Post-modernism pursues “noise and chaos” while post-graffiti seems to cover “serenity and balance”. Here it’s clearly seen that the street movement goes a step ahead or opposite vector of the social movements. Yormick’s work can definitely be described as post-graffiti’s “serenity and balance”, yet also includes organic element to add a soothing noise. For example, the found items such as tanned receipt paper rolls to create a pattern, or loud ’70s wall paper with retro orange to suggest a play. This attitude to screw off several bolts from full-on functionalism is indeed post-modern.