“If there is no form there is no life”. This is how Achille Funi sums up in his painting the scrupulous definition of the object, the predominance of line on colour, the solid tangibility of volumes which express themselves as a silent testimony of things: a characteristic which was to become something of a hallmark over the course of his artistic development, forming a continual comparison between the traditional and the new. 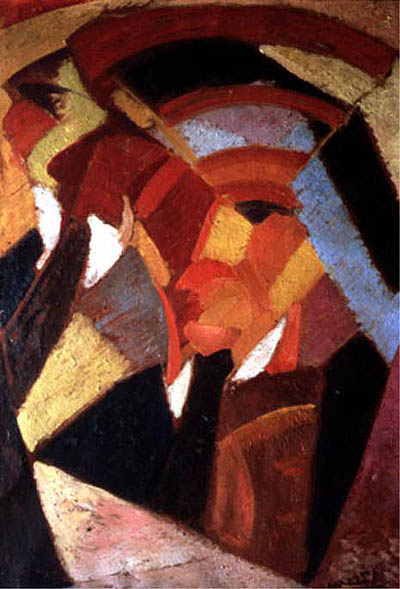 Virgilio Socrate Funi chose a mythological and poetic name for himself (“because mythology is truer than history”) and became Achille; a painter, he was born in Ferrara in 1890 and died in 1972 in Appiano Gentile near Como. Both the man and his work are today under scrutiny in an exhibition at the Spazio Oberdan in Milan, organised by Elena Pontiggia and Nicoletta Colombo.

The subtitle “L’artista e Milano” (The artist and Milan) indicates his relationship with the city which the exhibition investigates through a series of external itineraries, revealing his monumental frescoes and mosaics in Chiesa di Sant’Angelo dei Frati Minori and Chiesa di San Giorgio al Palazzo as well as the decoration of many public buildings; the Palazzo di Giustizia, Banca di Roma and Teatro Manzoni. He moved to Milan as a young man in 1906 and his relationship with the city was a close one, made closer still by his links with the Brera Academy of Fine Arts where he was first a student then a teacher (he taught a number of artists including Morlotti, Cavaliere, Adami), finally become director. Oppressed by the fortune he enjoyed under Fascism, after a long period of obscurity he is now being rediscovered.