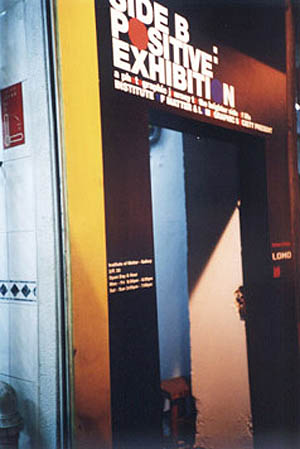 So many people love it, some fetish the smell of it; some like it’s nostalgic feel; some adores its originality – Lomo camera has somewhat generated a cult following around the world. This month, Lomographic Society and the Institute of Matter present an exhibition in Hong Kong. Entitled “Side B Positive: Exhibition”, it showcases Lomo photographs from more than ten countries. Damien Brachet from Lomography Asia Pacific (Lomo Asia) talks about the exhibition and the classic devices that fascinated many people in Asia. 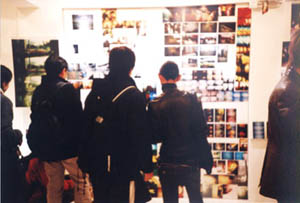 “Side B is actually Michael Cheung’s (Hong Kong creative designer) idea, he did an exhibition called ‘Causeway Bay Side B’, then he wanted to do something with Lomo, something like ‘Hong Kong Side B’,” Brachet explains. “After September 11th, the economy went down, a lot of people are losing their jobs. Cheung wants to make it more universal. His idea is to look at the “Side B” of life. Okay, let’s do something that’s really positive.”

This project is not going to be shown in Hong Kong only, Brachet says, “We’re going to show it in Japan, we don’t know where yet, but an art gallery should be good. Following it are New York, Europe and then Taiwan, Malaysia and Thailand. I think it’s great. We can publish a book with all the pictures of ‘Side B’. And then start all over again, to Germany, Brazil, India and so on.” 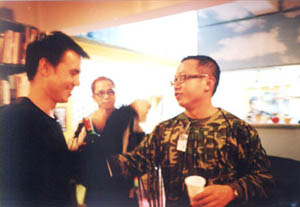 Brachet thinks that bringing Lomo to Hong Kong has an interesting implication indeed. “In the beginning Lomo is actually a communist camera. Every family can have a Lomo camera with a low price. What’s so funny is the fact that we bring a communist camera to Hong Kong – the most capitalistic city in Asia, and do something positive. These are the kind of concepts that communists will come up with, such as happiness and bright future.”

The image of Lomo has been very happy and cheerful so far. This is one of the reasons why people turn to Lomo. It’s not about the camera itself but the pictures with people smiling, partying and all that.