A creator, Pete Fowler is the one and only ‘Monsterist’. His most well know work so far has been the illustrations including the covers of Super Furry Animals albums. But his long lasting interest in toys and animations, his dream work to creates his own monster toys have at last become real. 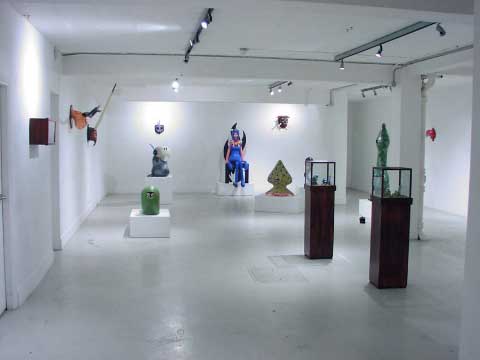 The company which produces Pete’s monster toys is a Japanese company, Cube. The characters are about 8cm height, and have 7 types with 2 different colours each, total of 14 toys. A head, a body, arms, and an accessory parts are boxed in one and these can be mixed and matched to cross-breed other monsters. 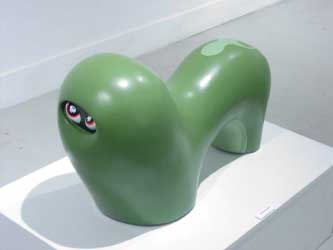 Character collections are becoming a little trend in the West. Although there are few characters from skateboard clothing company ‘silas’ company as well, Pete’s monsters are probably the first in UK. As Pete has been collecting toys himself since he was a child.The price of the characters are accessible to all people. 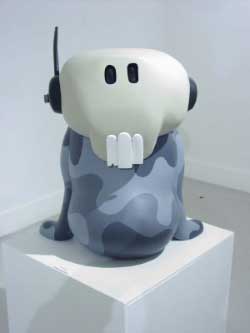 At the moment there is a first 3D work exhibition by Pete Fowler in London. The 100% lovable monsters we’ve seen as illustrations came to our 3D world. Everyone who thought he was just an illustrator were surprised and all the people who saw his work seem to return to their childhood.