The digital film festival Resfest that finally made its debut in Japan last year, has just come back to the Laforet Museum, Harajuku. In its fifth year as a festival that showcases the works of the world’s top digital artists, this year’s festival was held in 10 cities, 5 countries, and finally came to an end in Japan. 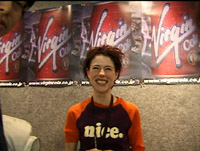 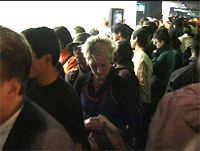 Shift brings you some of the most impressive works from this year’s new program ‘Net Cinema’ and ‘Resmix’ featured the works of Japanese artists. 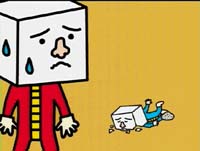 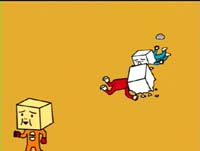 The first one is an animation titled ‘Tofu Oyako’ by Devil Robots. Though almost of other works featured in the ‘Resmix’ section use 3D and full CG animations, this piece has a simple image and sound with the outstanding story of Devil Robots. You’ll see how they think much of the story and characters. The story is when a Tofu (soybean curd) parent and child are landing on the ground from a spaceship (also made with Tofu), a cowardly child Tofu stumbles and is crushed (‘cause he’s a Tofu). There are 5 different patterns of story and you’ll see what ‘Simple is Best’ is from this funny animation. 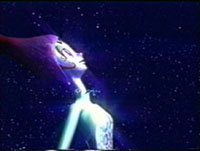 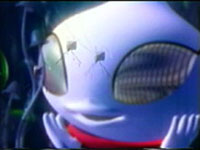 A music video of Denki Groove, ‘Nothing’s Gonna Change’. Speaking of the real pleasure of full 3D CG is the richness of colors and a sense of reality. This piece is a perfect full 3D CG animation. The animation created by Prince Tongha, a collaboration between Hideyuki Tanaka and Pierre Taki from Denki Groove, matches very well with the track. 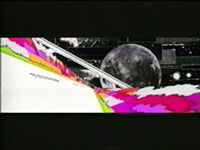 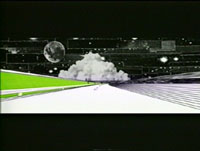 The another music video for Hikaru Utada ‘Fly Me To The Moon’. Simple but rough illustrations of an illustrator Keiji Itoh are combined well with CG and the slow track. You’ll find a good sense of Ichiro Tanida who worked for planning and direction of this video. The collaboration between illustration and CG gives me a feeling of analogue and freshness in some way.