The Japanese film ‘Blister!‘ won the Fantaland Grand Prize and got the best reputation from audiences in this year’s Yubari International Film Festival. It gives a good picture of the everyday life of so-called Geeks surrounding the leading character who hunts the rare figure, ‘Hellbanker‘. It’s not a ‘shallow’ film full of prejudices. You’ll find a tender point of view against the geeks. There’s something that everyone can have in common. We interviewed the debut film’s director Taikan Suga about theater. 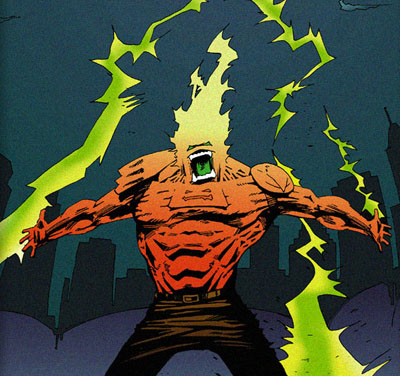 Tell us your impression after shooting the film.

Actually, I’ve made a film before this ‘Blister’, though it was not released to the public. What I felt from this experience is a movie cannot be realized only with an excellent imagination or idea. Excellent directors are of course talented and also have an ability to organize everything. They can deal with problems in anticipation of them. When I made my previous film, I didn’t understand how much I could put myself into the film.

Wong Kar Wai’s films were very popular then, and I wanted to focus on a delicate nuance of visual and atmosphere for the film. But such feelings are vague and I could not tell well what I wanted to express in the film to the cameraman.

So when I made ‘Blister’, I managed to have strong facts into the film as a concept. Like I told the scenario writer half in anger that ‘remove all of the words create vague atmosphere from the scenario ‘cause those words are risky!’ Instead, I asked him to write interesting facts. For instance, words like ‘a person mutters some words drinking a cup of coffee’ doesn’t go well. What I needed is more interesting facts like the words in ‘Blister’, ‘you can be a figure if you appear in Star Wars’. Whoever says these words, becomes interesting. I always said write words that were not controlled by lightings and the physical condition of actors.

There are some ways of storytelling in films. For instance, Hollywood films tend to have simple stories like a hero/heroine fights against the problem surrounding him/her. But I think it cannot be such a simple story when a person has to make a choice or when a person meets a turning point or a growth period. In ‘Blister’, the hero is taught something by figures, but it’s not a simple story as a scenario.

Some of our staff said there was no humanism in such a story that describes a person who was attached to an object, figure. Some staff asked if this story needed such episodes like making a film with his friends or being dumped by his girlfriend, though the story was about looking for a figure?

But there are so many things that happen in one’s life and people make one choice from them. So I wanted a picture of how people make a choice through lots of episodes in their lives. The reason why I became a director is not just because I like films, but I made a choice to be a director from so many factors that happened in my daily life.

I did concrete research to understand so-called ‘Geeks (manias)’ when I started making ‘Blister’. I met lots of people like my friends or owners of figure shops. One person I met likes playing a video game where he can go out with a girl in the video game. When I asked him why did you like girls in video game, he answered like both the actual love and love in video games were no more than the action in the brain, so those two were the same thing. I think it might be true.

I personally intended to get as many actual voices of geeks (manias) as I could when I started making the film. A few years ago, figures were very popular and some TV dramas had characters collecting figures. But they were described as a stereotype of geeks – disgusting and abnormal. I didn’t find any meanings to make a film with such a stereotype character.

But there must be a certain reason to love figures or something. And if I could catch their true facts more deeply, I thought I could make a film that everyone could understand. In this ‘Blister’, there should be some parts that everyone can feel sympathy with the geeks when I dig into a fact ‘why do they love figures?’, not picture the story of disgusting and strange people. I think I want to tell everyone that it’s wonderful to love something with this film.

In this film, a tiny figure plays an important role. There’s a message that when you love something even if it’s a petty thing, it might lead to a big thing if you carry out your love for it.