Ars Electronica is in its 21st year. Digital media is necessary as an art today. In a dramatic transitional period when electronic music / media art are evolving, the festival showcases the division between a hackneyed approach and things suggestive of the coming age of digital media. You can now explore that contrast here. 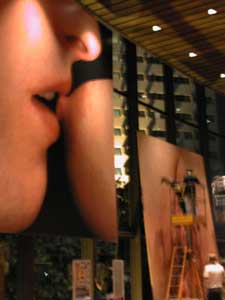 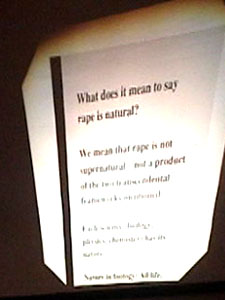 This year’s theme is Next Sex. The pursuit of Life Science has continued from last year. With the development of DNA technology to produce clones, the sexual act itself won’t make sense as a means of procreation in the near future. In such a situation, this year’s festival raised the question of what the next sex means, but it was a little too far in terms of the original idea of the festival – an interdisciplinary festival that merges electronic art, culture and technology.

The science historian Manuel De Landa, who had curated splendidly for each year’s symposium centered on a main theme, had just left the festival. Therefore, this year’s symposium was not enough to make us excited with intellectual curiosity. It was a big disappointment this year. Everything was unsatisfactory. A case in point, the report of artificial uterine experiments animals by Dr.Nobuya Umino (obstetrician and gynecologist) at the University of Tokyo. Another example of a disappointing event was the admiration of the Pill by Carl Djerassi, a professor of chemistry at Stanford University and an inventor of the Pill. They’ve already came to a conclusion and the rest are unfinished projects. Also, Randy Thornhill, a professor of biology at New Mexico University made the audiences roar in anger with his comment, ‘Rape is a natural generated culture’. The last one was the performance by a trans-gendered individual. Unfortunately, I couldn’t find any materials to ask myself what Next Sex was.

I really hoped that they went back to a few years ago and worked out their original idea more. That would create a real scene full of excitement to develop the latest technology into culture.