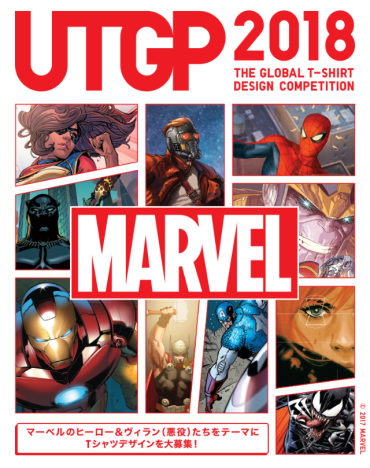 Uniqlo UTGP 2018 is a T-shirts design competition where applicants can express graphics and messages freely by their own ideas in T-shirt canvas, was called for entries from July 24th. The theme in the 13th UTGP is “MARVEL” which is one of the world’s most prominent character-based entertainment companies known for worldwide heroes such as “Spider-Man” and “Iron Man”, and continues to give courage to people around the world through movies and comics.

The winners of the Grand Prize and the 2nd Prize will be invited to a Marvel office tour in New York and a Marvel hosted event for the movie “Avengers: Infinity War”.

The T-shirts of winning designs will be sold globally in uniqlo stores and online stores as one of “UT” collection. It will be a special opportunity to introduce your work in the world!