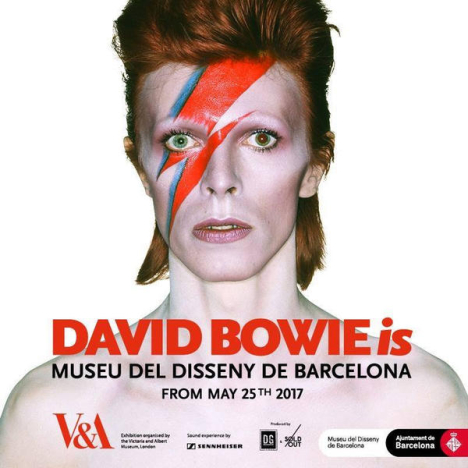 The show, produced by the Victoria & Albert Museum (V&A) in London, has already been seen by a 1.5 million visitors during its world tour to cities including Tokyo, Berlin, Paris and Chicago. One of the most successful exhibitions finally comes to Barcelona.

“David Bowie Is” explores the creative processes of David Bowie as a musical innovator and cultural icon, tracing his shifting style and sustained reinvention across five decades. The exhibition also focuses on his collaborative work with artists and designers, and demonstrates how his work has both influenced and been influenced by wider movements in art, design, music, and theater.