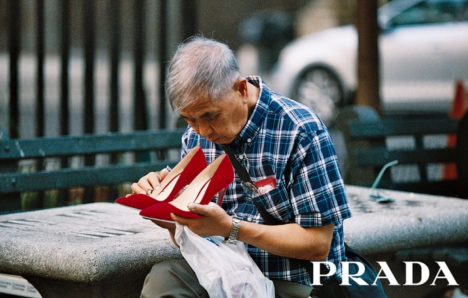 Till October 24th, colette in Paris holds an exhibition “Kalen Hollomon.” Exploring the constant relativity of perception and where it intersects with human awareness, Kalen Hollomon produces mixed media works with an emphasis on the ever-changing relationship between subject and object.

Unorthodox combinations that explore commerce, gender identity and taboo collide in images where everyday moments are punctuated with thought-altering detail.

For the exhibition at Colette, Hollomon will show a series of the original, hand-rendered collages that subvert luxury fashion advertising via the incorporation of vintage and found pop culture iconography for which he is known. Also on exhibit, seven new works featuring 35mm photographs shot by Hollomon in New York City, digitally reimagined and remastered into advertising campaigns. These seven images will be sold exclusively at Colette as prints in an edition of 5.