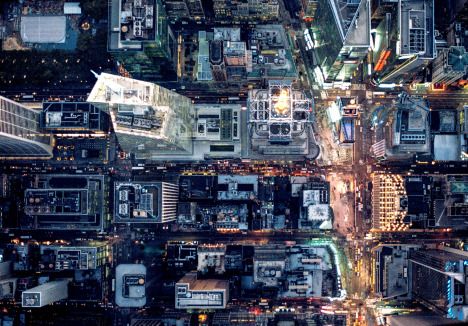 When you look at the city in the time zone which goes move to artificial light from natural light, you could see different dimension and angle from usual. For example, twilight of natural light, light leaking from the roof and windows, the time zone to be created in the streets of the street and the moment of twilight. For the moment, he had been waited quietly when to come with hovering at 2,000 feet adobe the subject by helicopter.