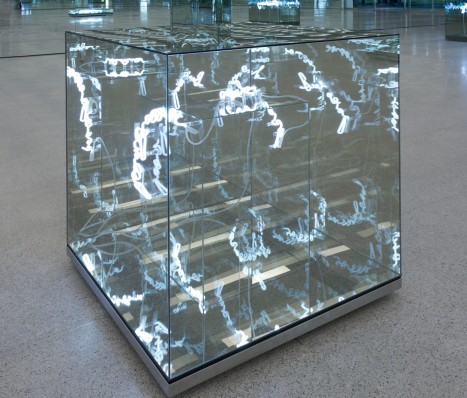 The MUMOK Museum of Modern Art Ludwig Foundation Vienna is pleased to announce the opening of the exhibition Space and Reality. New Acquisitions and Gifts. The exhibition will be opened in parallel to the show Josef Dabernig. Rock the Void.

With her inaugural exhibition back in 2012, Museum of Wishes, mumok director Karola Kraus made it clear that focusing on the defining elements of the mumok’s own collection would be an important feature of her tenure. Continuing in the spirit of framing the museum’s own collecting policy, in the summer months of 2014 mumok is presenting a thematic selection of key new acquisitions.