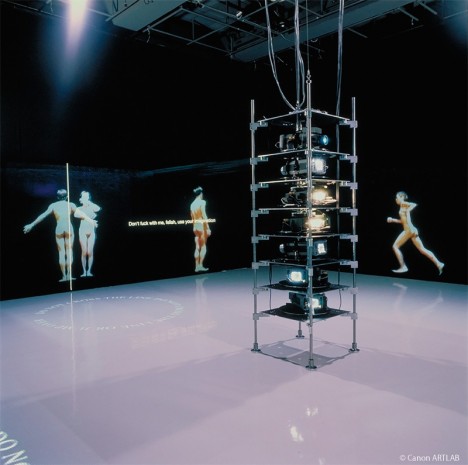 Sendai Mediatheque (smt) has presented the series to think the possibility of dialogue with others which we has been identified as irreplaceable for our society again after the earthquake, with films and art. The third program is “LOVERS” by Teiji Furuhashi.

This work represents calmly the way of love and our body of modern people who are regulated by social system among all of the automatic capitalist society of information technology. After it was released in 1994 , “LOVERS” has gone through the revision several times, but this work is reproduced by Takatani Shiro (dumb type) for the opportunity of the Sendai Mediatheque opening exhibition in 2001 then deposited.

It remains as the only work which can be exhibited except the one in the collection of New York Museum of Modern Art (MOMA). After 12 years after the previous exhibition in Sendai, we will see the almost original work that will be reproduced cut part.