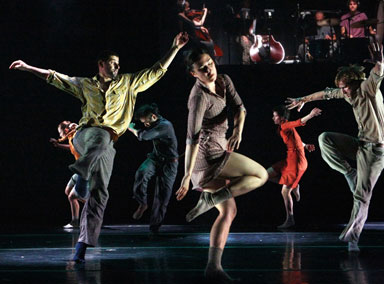 The performance series at Yamaguchi Center for Arts and Media [YCAM] was installed with the aim to showcase next-generation performing arts as represented by specially invited budding young artists from all corners of the globe.

This year, YCAM will introduce Hofesh Shechter, a choreographer who relocated to the UK after working with Israel’s own Batsheva Dance Company, and in recent years has won high acclaim as an internationally awarded choreographer and creator of pieces commissioned by leading theatres around the world.

On his visit to Japan, Shechter will unveil his latest production “Political Mother” that is set to define a new set of values in contemporary dance through a compelling mixture of amazing high-tension dance and groovy live percussion.