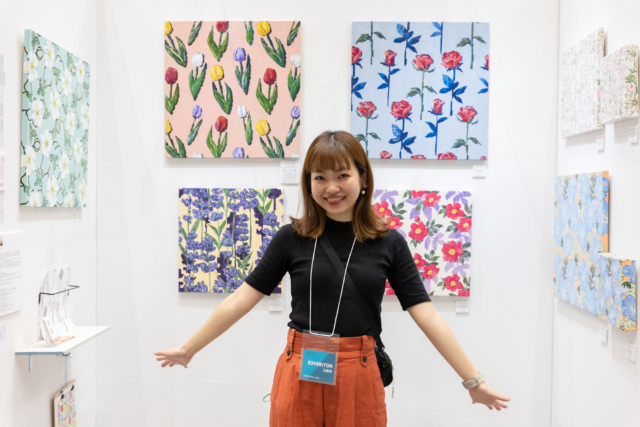 Asahi Arata was born in Sapporo in 1985. Perhaps because she is based in Hokkaido, she presents works with the theme of “a little growth, vitality, and excitement” with motifs such as flowers and plants. She expresses the idea of the cycle and continuous life in her works by the repetition of the same pattern. She entered Unknown Asia as soon as she learned of the event, and made her first appearance this year. While this is a place to present artists’ work, it could also be an opportunity for visitors to create a virtuous cycle if they can obtain special feelings, like happiness, by looking at the paintings. 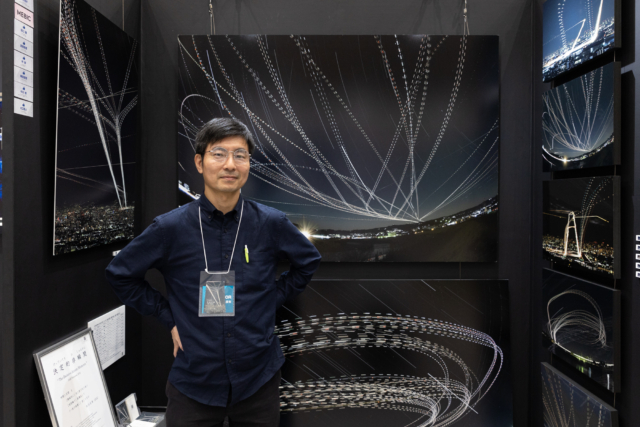 Tariyasu Sazi was born in 1966 in Osaka Prefecture. Since 2015, he has been working as an artist with works titled “Kiseki no Hikoki” series, and continues to present his work mainly at photo galleries in the suburbs of Osaka.The line of light drawn in the night sky is the flight path of the aircraft flying at night. He creates a single photography work by layering an enormous number of time-lapse photographs. It is not rare that he often uses hundreds to thousands of photographs, but some of them exceed ten thousands. The contrast between the aircraft lights and the continuous star trails or street lights captured at the same time accentuates the beautiful trajectory of the aircraft.

This time, it was regrettable that participation from Asian countries was postponed partly due to the effects of the prolonged Covid-19 disaster. However, the poster-style special exhibition mentioned earlier featured artists from China, Thailand, South Korea, Malaysia, and Taiwan, and this helps the torch of Asian art continue to burn. While we look forward to seeing Asian artists again from the next time onwards, we would like to express our respect to all the artists who have decided to exhibit in the midst of global uncertainty.