Since I, the editor-in-chief of this magazine, participated as one of the judges this year again, I would like to introduce the artists who caught my attention this time. 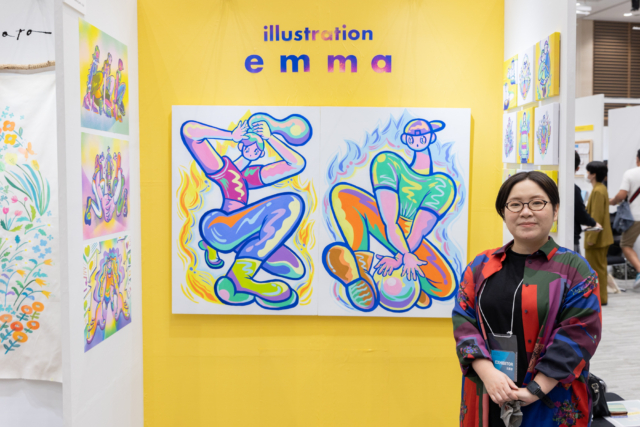 EMMA was Born in Fukuoka Prefecture in 1987, and currently lives in Osaka City. In addition to working as a web designer for a company, she has been working as an independent illustrator since 2019. Taking the opportunity of becoming independent, she exhibited her illustration works showing her artistic character for the first time this year. There should be more opportunities to see her illustrations which contain not only a nostalgic feel but also a new neo-pop atmosphere in the future. 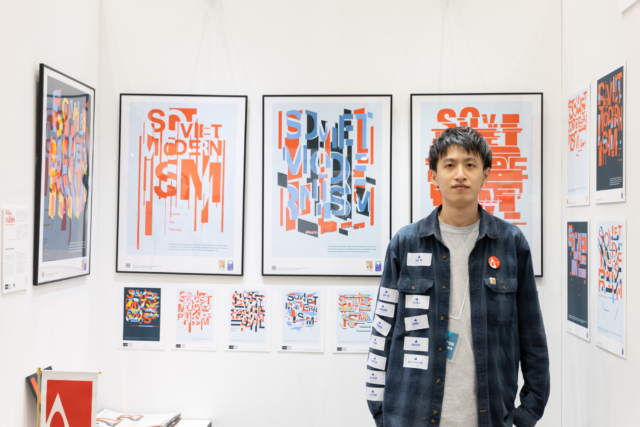 Born in Beijing, China in 1992, QinYu Li has been exhibiting at Unknown Asia since 2020, and is currently enrolled in a doctor course at the Graduate School of Osaka University of Arts. He is also active in the art industry under the name of SYUJI L Volkov as a graphic designer and also an artist. This time, he presented a group of award-winning posters in the world’s largest design awards, using typography as in the previous exhibition, with the Russian modernist architecture of the Soviet Union era as a motif. 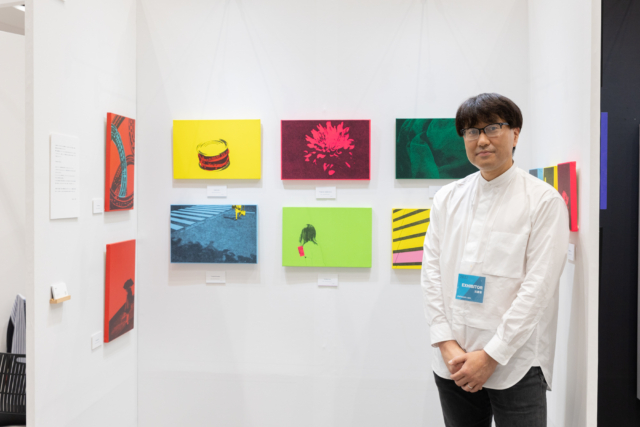 Bunzo was born in Tokyo in 1972. Based on the digital processing of the photographs, he creates works using analog techniques. By daring to adopt a method that seems useless, he poses a small question to modern society, which prioritizes efficiency. The work that looks like Warhol’s silkscreen is actually drawn with pointillism. It is a very persevering work that takes several months to draw just one piece.