Unknown Asia, Asia’s largest art fair for artists, was held at the Grand Front Osaka Congress Convention Center on October 15th and 16th, 2022. This year was the 8th edition of the event and it happened for 3 days including previews. During the time, a total of 118 groups of artists exhibited and 10,118 visitors came to the event. Due to the effects of the prolonged Covid-19 disaster, aside from 2 participants from China, the majority of the artists were mainly from Japan. 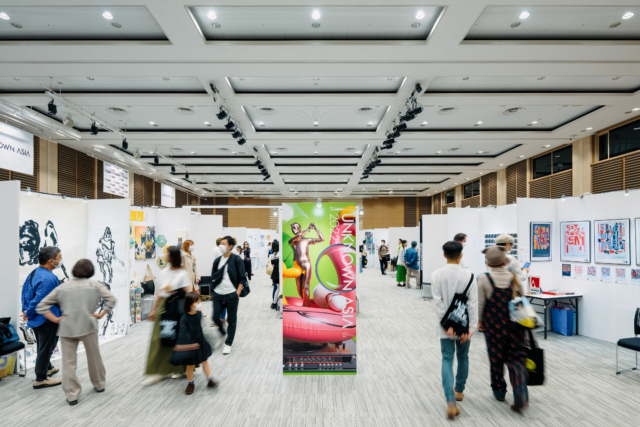 In addition to exhibiting works, a major feature of this event was to provide opportunities for artists. The event invites top art directors, gallerists, and producers from Japan and overseas to be judges and reviewers, vote for artists, give awards, and provide opportunities and support for exhibiting works as extra prizes. They also work with local companies and art events in the Kansai region, such as Art Osaka, to expand opportunities for further presentations. 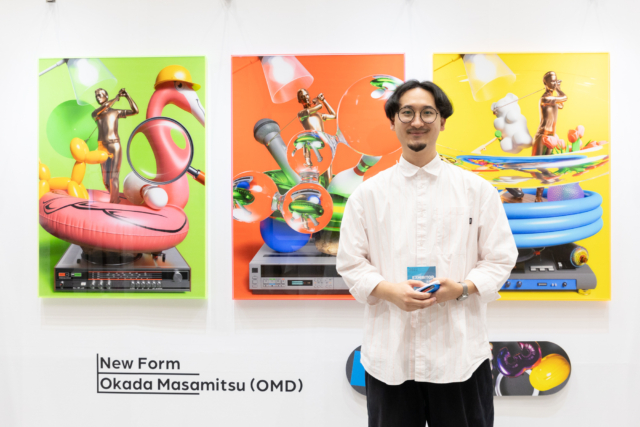 This year, Masamitsu Okada, who was born in 1987 and currently works as a graphic designer/graphic artist under the name OMD based in Kyoto, received the Grand Prix Award, which is given to the artist who has collected the most votes from the judges. His work was used as the main display for this year, so he attracted a lot of attention.While his works appear to be created by capturing and processing analog photographs at first glance, they are all a combination of objects that have been elaborately modeled using 3DCG. His works provide a new form of expression that seems to move back and forth between reality and virtual space in the Metaverse era. He also has received the SHIFT Award. His works were filled with convincing content and attracted the attention of many judges and reviewers. It definitely deserves the Grand Prix award. 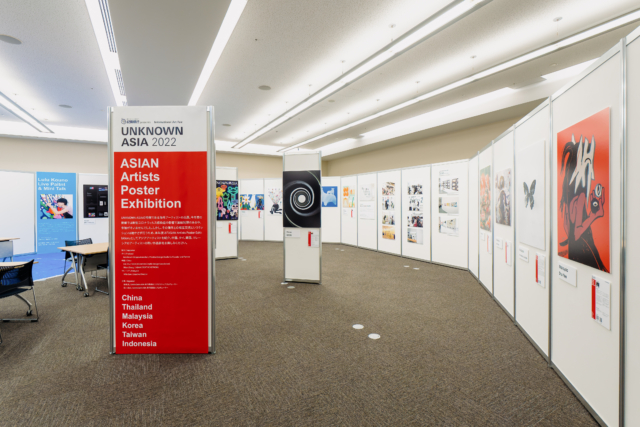 Also, in place of the lack of exhibitors from Asian countries this year, a poster-style exhibition titled “ASIAN Artists Poster Exhibition” featuring artists from China, Thailand, South Korea, Malaysia and Taiwan was held. In addition, Lulu Kouno, who won the first Japanese Grand Prix artist in 2017, performed a live painting during the exhibition.