The New Context Conference 2021 was held at Digital Garage on August 11th under the theme of “Earthshot: Half Century Since Whole Earth Catalog: Shaping the Future with Technology”. This event was launched in 2005 with the aim of introducing cutting-edge Internet technologies and the culture and businesses that emerge around them. This year’s event was the 21st of its kind, and it was also broadcast via the internet, connecting the venues in San Francisco. 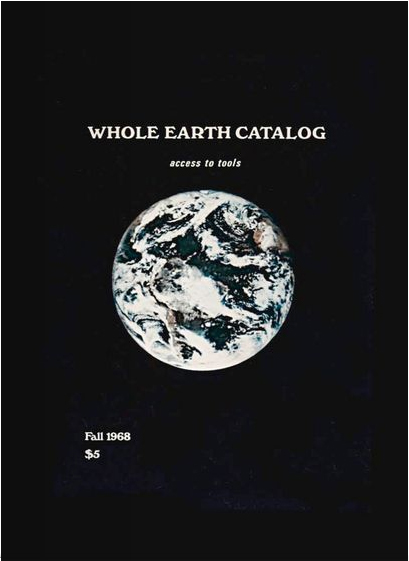 The Whole Earth Catalog is a legendary magazine that became the philosophical basis for the Internet revolution, founded by Stewart Brand in 1968 with the goal of covering all goods and services on the planet under the theme of “access to tools”. The spirit of the magazine has been passed down to Silicon Valley, leading to today’s IT revolution, which has had a significant impact on the world.

At the beginning of the conference, it was a precious experience to hear Stewart’s keynote speech in person, moderated by Joichi Ito (Board of Directors Member and Co-Founder, Digital Garage). Stewart is also known for campaigning for the records of “Moonshot”* to be made available to the public, but before the moonshot, the first photos to arrive from space were “Earthshot,” photos of the Earth, leading to the first human view of the Earth from space. This was one of the major events that showed the importance of access to information for the general public.

*Moonshot: In 1961, John F. Kennedy, President of the United States of America, declared a “moonshot” to carry mankind to the moon in his speech announcing the “Apollo Project”. The theme of this conference was the “Earth Shot” declaration, and how humanity should be in the ESG (Environmental, Social and Governance) era, looking at the Earth from a bird’s eye view from space. 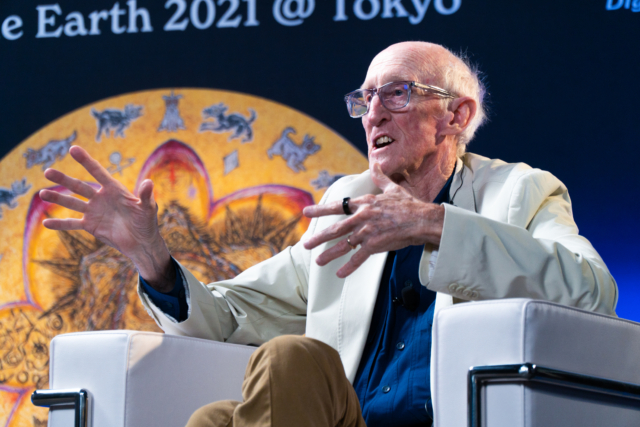 In his Whole Earth Catalog, Stewart said that he got the idea for the importance of providing access to information and tools from the ideas of Buckminster Fuller. The purpose of this book, which was also published in response to the hippie movement, is to “make the world a better place. It is clear that the Whole Earth Catalog had an impact on Steve Jobs, as his famous Stanford University commencement address quoted words from the catalog. The products he introduced at Apple – personal computers and smart devices that combine tools, technology and design – have changed the world.

Then, when we think about what the Earth is currently like when we take a bird’s eye view of it from space, there are various problems such as environmental change, climate change, problems of civilization, pandemics, governance, and commons. Stewart said that what we need to think about these issues is the “Long Now,” that is, we need to take a long-term perspective rather than an immediate one. He said that society is currently moving into the era of DX (Digital Transformation), but if we think about it in terms of long history, it is just a process of technological evolution. Stewart said that this idea was inspired by shrines (Shinto). In Shinto shrines, the shrine buildings are renewed (Sengu) as a Shinto ritual every 20 years. There is a theory that the lifespan of a technical tradition is 20 years, and the continuity of renewal is a way to maintain the tradition, and it is always evolving in response to the changing times.