Riop is a Jakarta-based artist who has worked in fashion and has experience in commercial both stills and filmmaking. We are very proud to present his work “Glodok” for which he is receiving the SHIFT Award at Unknown Asia 2020. This is a series of portraits as a part of the exploration of his own identity. Although he has been living half of his life outside Indonesia he calls Jakarta home. Glodok is the Chinatown area in Jakarta. His experience in fashion portraiture gives his own voice to his work. He loves photography and some Asian artists of the likes of Daido Moriyama and Rinko Kawauchi. We wanted to know more about his artistic career and filmmaking work he is currently involved in. 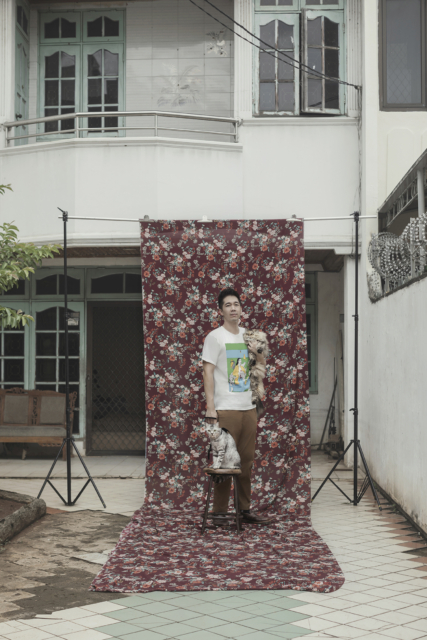 Portrait of RIOP (2021)
Taken in his currently abandoned childhood home.

Congratulations for your prize! Did you know about SHIFT magazine early on?

Many thanks for the appreciation. Yes, I’ve come across SHIFT magazine through Twitter, a few years ago.

Please let us know what Unknown Asia means for you.

Unknown Asia is a great platform for Asian artists or artists who work in Asia to reach a wider audience. 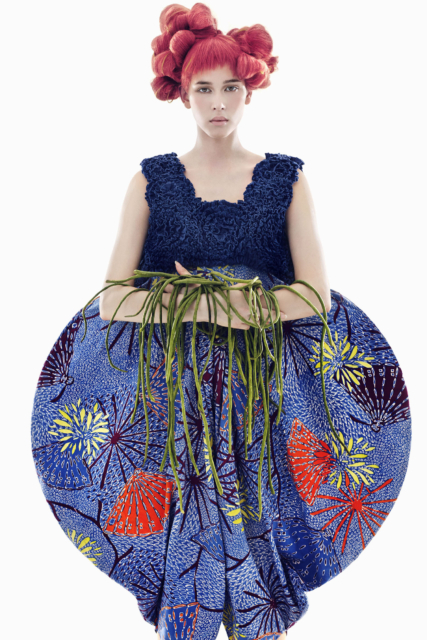 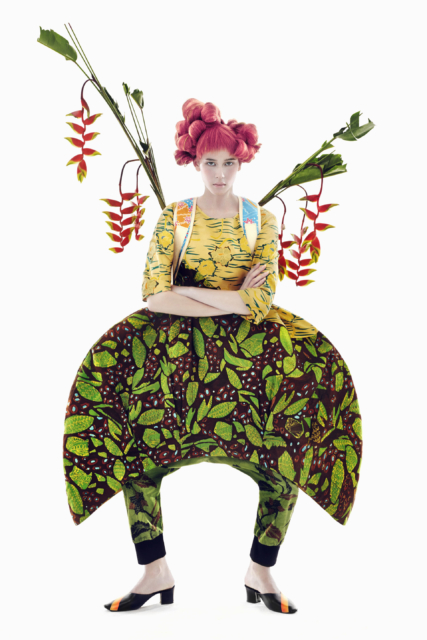 EDBE (2013)
Both of these images were taken from Riop’s earlier work for an Indonesian fashion label called Edbe. Their work is influenced by Japanese fashion while using Indonesian hand made Batik fabric. Edbe was one of the brands that Riop feels connected with, because both him and the designer love Japanese Fashion. Unfortunately the brand was dissolved in 2015.

You have a rich artistic background studying in different schools when you lived in British Columbia. Please let us know about it!

Actually, when I moved from Seattle, Washington to Vancouver, British Columbia, it was a last minute decision. I was studying fine art with photography as my main medium plus taking graphic design as my part time study at the Art Institute of Seattle. During my fine art study years, I always felt I was lacking skill in the area of editing software. At the time, I knew the world was shifting (pun intended) towards digital and I knew I needed to prepare myself for it. Moreover, I had always known that I wanted to make short movies or music videos cause I grew up watching MTV. I took digital design at Vancouver Film School because I knew they would teach me using the software and other areas of design that were unknown territory for me like user experience design and motion graphic design. I thought it was gonna be an easy one year program but in reality it was super intense. Subsequently, I was recruited to work at a digital agency in Vancouver and worked there for a few years. My official title was as project manager (with the promise as a stepping stone to become an art director), but really they got me doing all kinds of things. Yes, there was project managing, but I was also their graphic designer, photographer, web coder and video editor among other things. 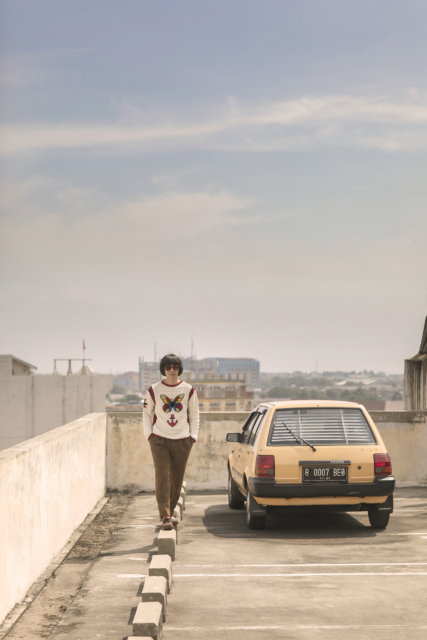 Portrait of John Navid (2019)
A musician from a popular band called “White Shoes And The Couple’s Company”. He is Chinese Indonesian and an all vintage things collector. The picture is taken on one of the rooftop we found in Glodok. At the time, John was wearing a sweater from a new collection from Gucci that had a vintage vibe and Riop thought would look great on John.

As a photographer you have worked with fashion primarily. How do you think that helps when you are involved in non-commercial assignments and projects?

My involvement with Art Space such as Dia.Lo.Gue (own by Hermawan Tanzil) came about because I was selected in their young artist incubation program called Exi(s)t in 2013. At the time I had just done my first solo exhibition, exhibiting more than 100 fashion photographs inspired by Japanese Manga. The curator who was involved at Exi(s)t saw it and invited me for an interview. They had asked me why I chose to become a fashion photographer and I told them that it was because my mother used to dress me up as a girl, trying out different kinds of fashion. She had (and still has) lots of wigs and put them on me because she thought it was cute. I didn’t think much of it when I was little, but it definitely ignited my fascination with fashion styling. I’m not trying to combine fashion with fine art. To me, fashion is commercial work by nature, as it was originally created for magazines. However, fashion is a part of my identity and this has influenced my approach on creating including in my fine art work. I know how to make things look good, I can manipulate images, create stories and this of course is very helpful even for non-commercial assignments and projects in order for it to have a wide appeal.