One of the main venues, Spiral at Aoyama, featured in Jerusalem Design Week. It shows many products, designs, and art from the official partnered country Israel. 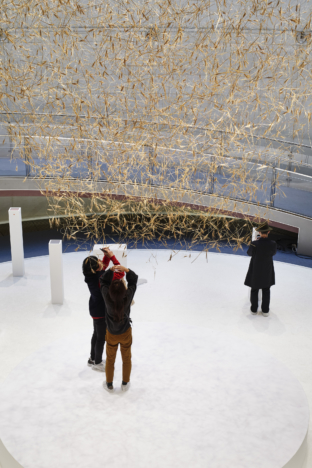 An installation “Garden of Eden” was exhibited at Spiral Garden and won this year’s DESIGNART Award. It expresses a scene where the two local myths of life and death meet: “wheat” as the agricultural revolution and modern life, “salt of the Dead Sea” represented the morbid presence. 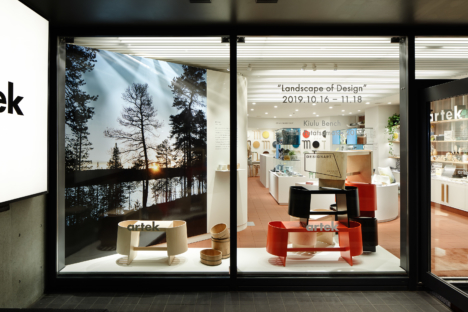 Koichi Futatsumata‘s new work “Kiulu Bench” was presented at Artek Tokyo Store. Its initial release was at Milan Design Week 2019. Futatsushima is a product designer based in Tokyo and Fukuoka. It is one of the works from the FIN/JPN Friendship Collection to celebrate the 100th anniversary of diplomacy between Finland and Japan. The word “Kiulu” means “pail” and suggests an excellent fusion of Finnish and Japanese design. 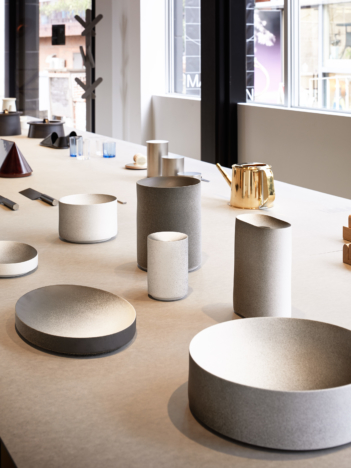 “Swiss Design / Made in Japan”, an exhibition to introduce Swiss design created domestically in Japan, was held at Meiji-Jingu Mae. A collaboration of handmade Arita pottery and sophisticated Swiss design was displayed (photo below). There were also products using Wajima lacquer and Japanese blacksmith, leading us to experience high-level techniques by Japanese artisans. This venue will turn into Swiss House during the Olympic Games Tokyo 2020, to offer Swish cultures and experiences.