As the editor-in-chief of Shift Magazine also joined the event as a jury, this article will feature the artists who received SHIFT awards as well as some artists that caught his eye this year. 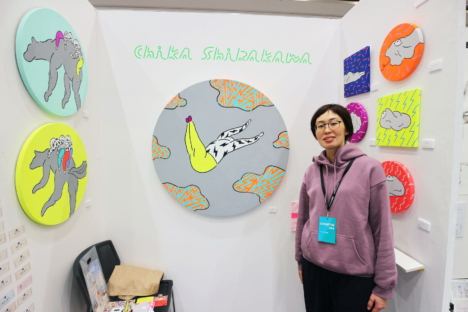 The winner of the SHIFT award was Chika Shirakawa, who was born in Oita, now lives in Fukuoka. Bringing her Yuru-Character (laid-back character) “Srijawa” in the middle, she creates her unique world with vivid colors and composition. She started drawing this character since she studied at design school, but this was the first time to exhibit this style solely. It seemed that all the works she kept for so long have finally been revealed at Unknown Asia. She’s definitely the one to watch for the future. 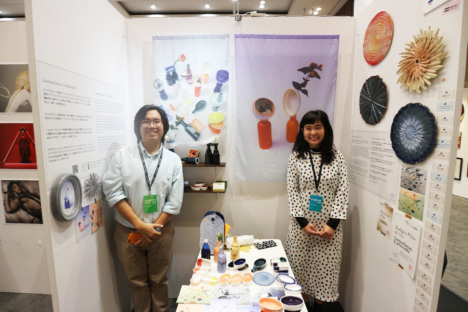 Lamunlamai Craftstudio was exhibiting ceramic tableware — its style reminded us of the Scandinavian design at first glance. Based in Bangkok, Thailand, the design studio was founded by Akarapongpaisan Mai and Netprom Nol in 2012. Their artworks are practical everyday objects that were redefined and given new life, such as cans or seasoning jars. We could probably call it – the art that blends in our daily life. 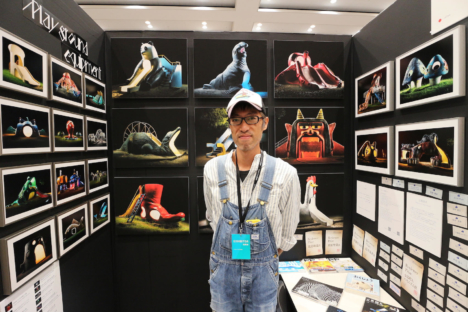 Fujio Kito exhibited a photo series called “Park Playground Equipment.” The playground made of concrete which was mainly built in the Showa era and is rare to see today. Yet, he has been taking pictures of them to give us a new perspective on the scenery we could easily miss in our daily life. He sets the lighting in the middle of the night, takes split shots, and composites it into a single high-pixel picture. By doing so, he creates photographic pieces that have a sense of Baroque paintings.