The Art & Design Festival “DESIGNART TOKYO 2018” was held from 19th to 28th October in Harajuku, Omotesando and Aoyama area in Tokyo. The theme of this event was “DESIGN ＆ ART INTO THE EMOTIONS”. Following last year, it had about 310 creators and brands. There were approximately 120 exhibitors and about 120,000 visitors in almost 90 venues during 10 days. 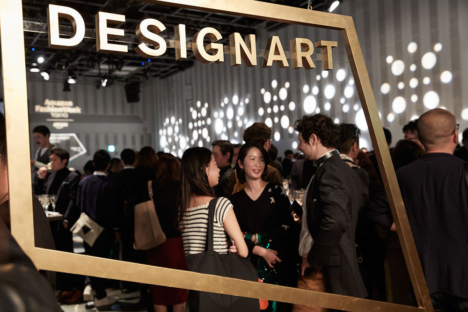 The DESIGNART is a project that was launched in 2017 by six organizers in which five groups were active in various fields that aims to present and industrialize creativity from Tokyo. It is an innovative approach in showcasing diverse presentations using various places such as shops and galleries with the art and designs from around the world set in the world’s best mix culture city of Tokyo. 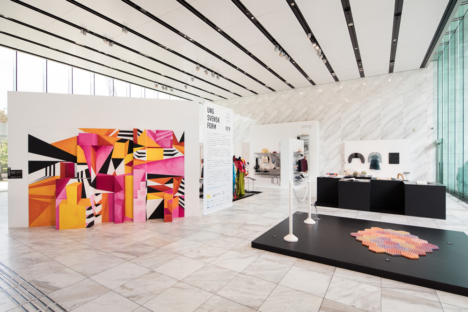 At the World Kitaoyama building, considered as the information center of the DESIGNART, an exhibition entitled “Present Swedish young designers” celebrating the 150th anniversary of Japan-Sweden diplomatic relations was held. The 29 works of various fields designers collaborated with the shelf brand String® of the country, and they as an installation in which were blended into the space. Also, at Volvo Studios Aoyama which is located just a minute away on foot from the venue, art works of Sara Lundkvist were exhibited. 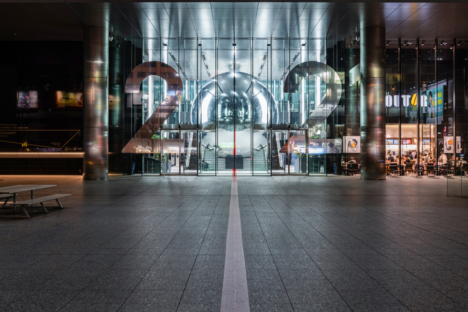 “2021 #Tokyo Scope”, a large installation by artist Akira Fujimoto and architect Yuko Nagayama, exhibited at Avex Building in Minami Aoyama is a project aimed at “next step” of Tokyo ahead of the hosting of the Olympic games in two years. A gigantic work combining a drop-shaped specular balloon and numbers installed in the vast atrium space of the building. It is well visible from the street and it is a work symbolizing the theme of this year’s DESIGNART TOKYO. Visitors enjoyed it a lot. 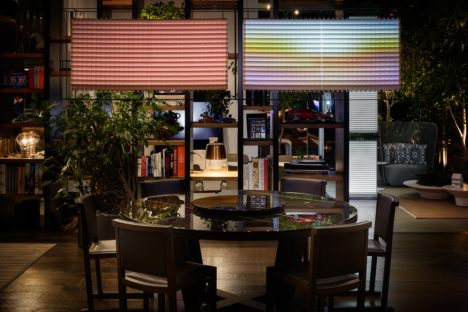 At the Japanese showroom in Italy’s premier furniture brand B&B ITALIA, an art work by an energetic spatial designer Hiroto Yoshizoe was exhibited. The work “PIXEL” which won the Grand Prix in 2017 in the international design award that Lexus cultivates and supports, created a beautiful space by means of abstract lighting and shadowing in collaboration with a video work by the world-renowned artist Shunsuke Watanabe.