The renowned British artist David Shrigley (b. 1968) is arguably one of the most famous sketchbook-like cartoonists in the world. His art lays in a grey area between a poignant and a funny criticism of our society. There is something in his naïve way of speaking about more complex topics which have received praise not only in his homeland but also internationally. About three years ago he moved to Brighton to find a more relaxed routine to contrast his demanding schedule showcasing his work around the globe. Shrigley is not just a cartoonist making doodles and drawings, but an artist who works with different types of media: sculpture, writing, photography, video, prints and paintings. He made a series of dysfunctional items: a calculator which only subtracts, a series of electric guitars with one or two strings, a telephone without the number zero; “I love to make architectural figures to fill up the space,” he explains. He loves Sweden, and he was invited by Spritmuseum in September of 2018 to do a solo exhibition. This happened thanks to him being an artist represented in the Absolut Art Collection – the collection which acquired some of his work. He showcased “Exhibition of Giant Inflatable Swan-Thing” – a room filled up with inflating and deflating swans in some kind of an exercise to depict how it feels to die and to be reborn. His connection to music is also quite frequent, he has collaborated with a number of musicians, including the likes of David Byrne, Lee Ranaldo, Malcom Middleton, Bonnie Prince Billy, Blur, among others. We had a chance to talk together a bit about his career as well as reminisce some of the things that makes him happy. 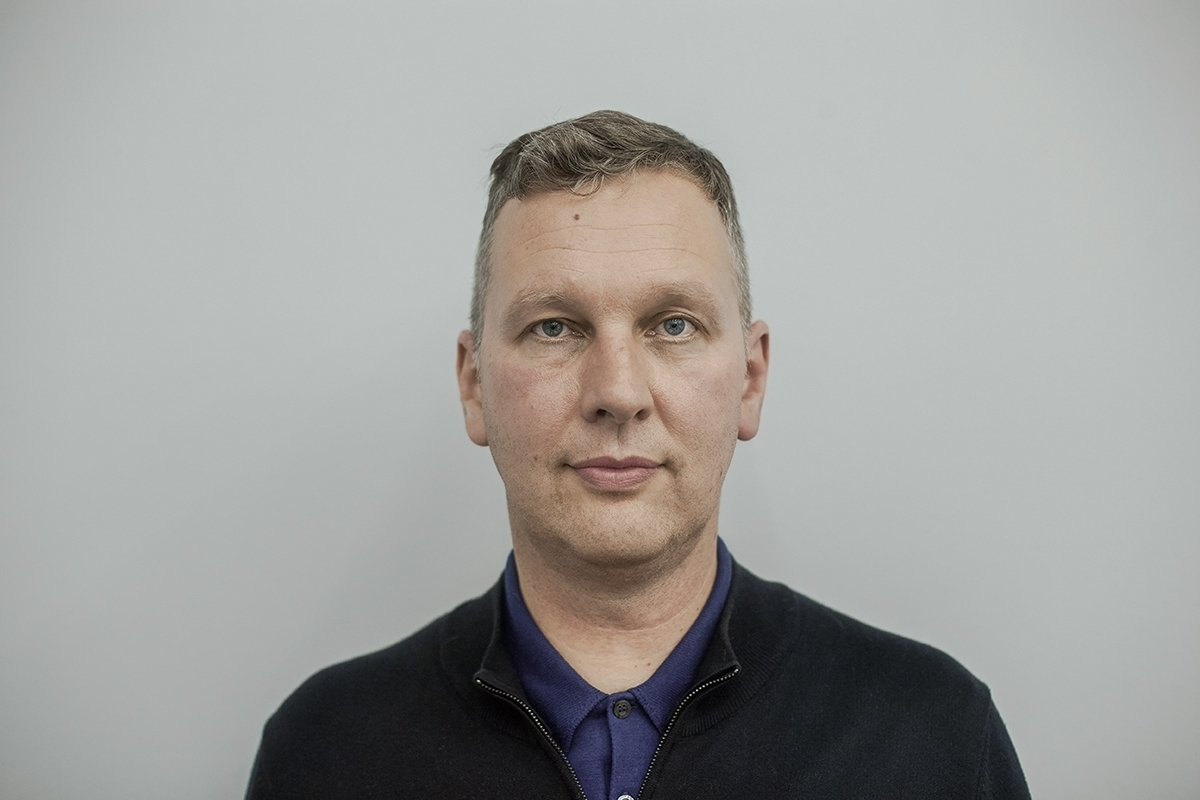 Why do you make funny drawings?

Yeah during the 1990’s I became quickly known as the guy who makes funny drawings, and I was expected to continue making them. I guess I made funny drawings because I didn’t have a studio, which is where artists mainly work, so to make drawings was both easy and economical. 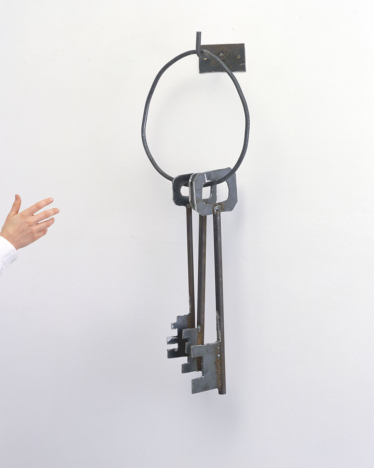 However, you work with different media?

It is not easy to fill the space in an exhibition [with drawings], I didn’t fill too many spaces. As time progressed, I was invited to bigger spaces, so I had to make bigger stuff. 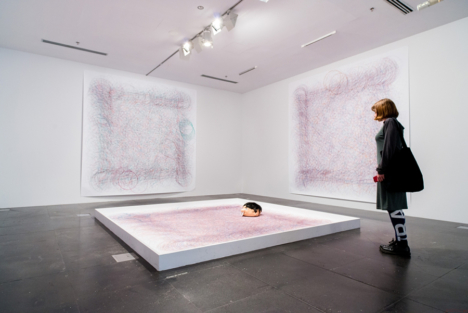 Please tell me about the robot head making abstract drawings.

I’m sort of a figurative artist, I make representations of things from the real world with drawings or texts. I feel like I am not allowed to make abstract works, this is a self imposing thing. The closest I’ve ever gotten to make an abstract work was a piece I showed in the south of Sweden in 2007. It was a small room with white walls, a black top and a head of a robot, I stuck two pens in his nose, as some sort of proxy person to make this work for me. I like to work with life models. 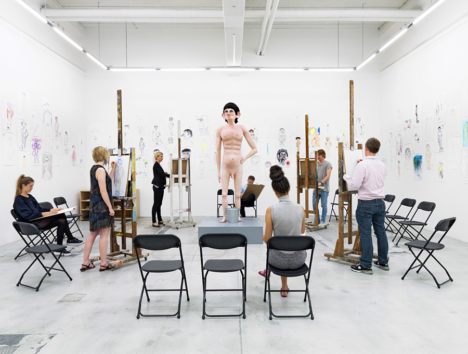 Right, this reminds me of the installation of a person peeing in a bucket. How that idea come about?

It started as a small clay figure. The people I was working with asked if I could make him pee in a bucket? I was like “yeah” (Shrigley uses a funny expression).