What do you get when you combine a university with a world leading art department, a young radical group of architects who won a Turner Prize and a nineteenth century bathhouse? The answer, surprisingly enough is the Goldsmiths Centre for Contemporary Art! 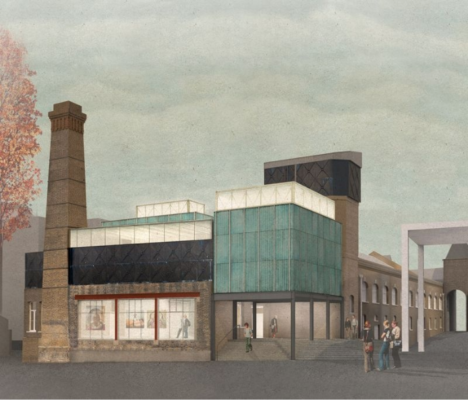 Goldsmiths University has been around for decades and over this time it has found fame partly due to its Department of Art which can be found in the Ben Pimlott Building, a public art monument in itself due to the iconic sculpture placed on its roof which is made from over 200 pieces of metal. Meanwhile, Assemble was formed in 2010 as a multi-disciplinary collective who work across art and design, as well as architecture, in 2015 they won the Turner Prize. When Goldsmiths started a competition to turn part of a building it owned, a 19th century bathhouse which now housed art studios, and its cast-iron water tanks into an art gallery, Assemble threw everything it had into an ambitious proposal which included a doll house-like model. 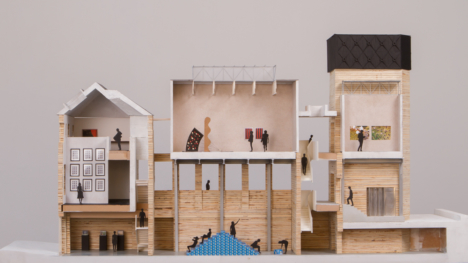 The resulting gallery opened in September 2018 and in itself it has a truly unique and distinctive feel. The building itself complements the Ben Pimlott Building next door, while being a true marvel in its own right for its mix of old and new elements, its long chimney is almost Dickensian in character yet does not look out of place along the modern windows that form the top center of the building. The entranceway is dominated by a corrugated cement board structure which lends its interior to the formation of a gallery space; there is something almost temporary about its permanence which lends itself to the building’s blend of materials. 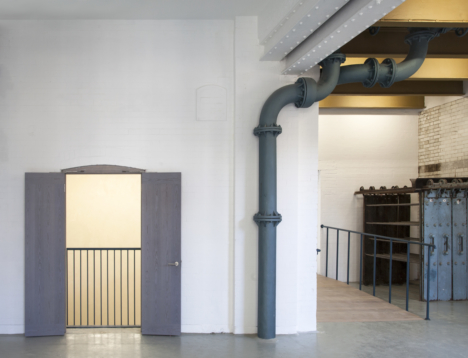 Inside the gallery visitors can feel like they are almost in a mental and physical maze and they are left pondering where the building ends and where the art begins. The spaces inside are not your normal, plain, white cubic rooms that can be found in galleries almost anywhere else. Light startles you as you move around as it enters the building from different directions, while big pipes which dominate some spaces add a kind of steampunk quality to the whole ensemble.